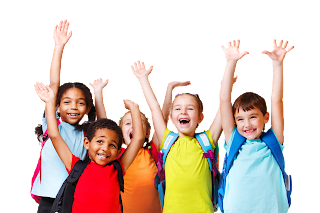 One thing that stood out was a comment by Patricia Levesque, chief executive officer for the Foundation for Excellence in Education. She lauded Oklahoma's tax-credit scholarship program for its expansive student eligibility. Including the middle class in the program was wise, she said, because it gives Oklahoma a base of political support on which to build.

EdChoice agrees: Oklahoma's tax-credit scholarship program "has a tremendous opportunity to be one of the nation’s strongest if the legislature expands eligibility and raises or removes the overall funding cap and removes the pro-rata method for distributing tax credits."

Here's hoping the legislature does just that in 2020. But beyond that, regardless of whichever educational-choice programs Oklahoma policymakers enact in the coming years—whether it's an individual tax credit, a scholarship for bullied kids, an education savings account (ESA), or whatever it may be—policymakers should resist the temptation to means-test the program. Means-testing would be bad politics and bad policy.

A Cole Hargrave Snodgrass and Associates survey asked Oklahomans if ESAs should be available only to low-income students. By a margin of 65 percent to 27 percent, the answer was no. [The results were similar among Republicans (67 percent to 24 percent) and Democrats (63 percent to 29 percent).]

In an article at Education Next (“Political Science for Ed Reform Dummies”), University of Arkansas professor Jay P. Greene reminds us that “a basic lesson about political reality is that more advantaged people tend to have more political power.”


Rather than lament this fact, reformers should try to use it to advance their goals. The old political adage that programs for the poor tend to be poor programs is all too true. Reformers have made horrible political mistakes in concentrating programs in disadvantaged areas, means-testing participants, and focusing on options that are mostly of interest to lower-income families. Not only do these programs tend to be less-well funded, overly regulated, and generally of lower quality, but they are always highly vulnerable to being weakened further or eliminated.

To increase the odds of having better quality programs that are more generously funded and more reasonably regulated, reformers should be sure to include higher-income families as potential beneficiaries. And those wealthier families are more likely to be mobilized politically to protect and expand programs. If reformers should seek to organize concentrated interests of beneficiaries, it would really help if they did not exclude higher-income families that tend to have better resources, networks, and experience to participate more effectively in politics [emphasis added].

In other words, as EdChoice says, "the best way to improve the lot of the disadvantaged is to include them in a system of universal educational choice."


Welfare programs for the poor are often on the chopping block while universal entitlements (e.g., Medicare, Social Security) almost never are. Calling for the abolition of public schools, by contrast, is politically unthinkable. Choice programs will be safe only when middle and upper middle-income families can benefit from them as well.

Why do you think the folks promoting early-childhood education for disadvantaged children hitched their wagon to the universal pre-K star? "I think there may be a political calculation," says American Enterprise Institute scholar Katharine Stevens. "If you’re promoting something universal, you will stand a much better chance of getting public support. ... Disadvantaged mothers and infants do not have huge interest groups or lobbying organizations."

Professor Greene, who earned a Ph.D. in political science from Harvard before teaching at the University of Texas and elsewhere, reiterated the point in explaining why charter-school expansion would fail at the ballot box in Massachusetts in 2016.


If you want to help the poor, you should design programs that include the middle and upper-middle classes. This is the political genius of Social Security. It is extremely effective at alleviating poverty among low-income seniors because high-income seniors, who tend to be better positioned for political advocacy, also get it. This is the political genius of many college-subsidy efforts—the poor can benefit from them because wealthier families are also eligible.

"Don't point angry fingers at selfish Massachusetts voters," Robert Pondiscio wrote. "Blame falls equally upon a movement that has long been a bit too enamored of its own civil-rights-movement-of-our-time rhetoric to worry much about building a constituency among the middle class."

Why Exclude the GOP Base?

Education researcher Matt Ladner also has some helpful insights. For example, he reminds us that public school eligibility is universal.


Imagine a district school official telling a student “Sorry Johnny, we would let you participate in our dual enrollment program, but your parents pay too many taxes so it disqualifies you.” How about, “We regret to inform you, Susanne, that your parents’ income has been too high to allow you to attend the University of Arkansas—which is reserved for low- and middle-income taxpayers.” How about, “economic diversity will not be tolerated in charter schools. We have learned about your father’s high income and you are hereby expelled!”

So, for example, if an Oklahoma billionaire could send his or her kids to get a $10,000-per-year education at a suburban public school, what’s so awful about a $5,000 tax credit if that parent decided to homeschool or choose a private school instead? What's so awful about a $7,500 voucher or ESA?

Why should a homeschooling Edmond heart surgeon be excluded from receiving a tax credit?

Why should a Tulsa oil-and-gas entrepreneur who sends his kids to Victory Christian School be excluded from getting a voucher or an ESA?

After all, as Dr. Ladner reminds us, they pay more taxes than most other people, both directly and indirectly by creating jobs and creating companies that also pay taxes. Since when do GOP politicians want to make enemies out of a key portion of their base?

The education special interests are going to fight school choice no matter what. They’re going to demagogue it as “school choice for the rich” no matter what. So there's no reason not to aim for the ideal policy. If it turns out that the sausage-making process demands compromise, a better route would be to keep the eligibility universal but use a graduated scale that provides a larger tax credit, voucher, or ESA for lower-income kids.

As Dr. Ladner puts it, “I think we have our hands full fighting the union bosses, superintendents, etc. without going out of our way to make enemies out of high-income people in a way no other education option would even seriously entertain.”

In short, "universal choice should be the long-term goal," Greg Forster writes.


The Louisiana debacle and other experiences from the past 20 years point to the value of making school choice programs more widely and easily accessible. Programs created with strict limits on which students they can serve and how they can serve those students struggle, educationally and politically. Programs that create more freedom for more parents create more benefits for schools and students, and have a larger political base upon which they can draw to defend the program against invidious attacks of special interests. The whole logic of school choice—that it puts parents in charge, that it creates opportunities for schools to try diverse approaches and invent the education of the 21st century—points to the value of universal choice. As long as we’re only putting some parents sort of in charge, school choice programs will be limited in what they can accomplish. Only putting all parents really in charge holds out the promise of more dramatic improvements, which has always been latent in the idea of school choice but has not yet been unleashed in a universal and unfettered school choice policy.

Posted by Brandon Dutcher at 7:33 PM