At an OCPA dinner October 23, 2001 in Tulsa, I was privileged to introduce Marvin Olasky, who gave a terrific speech entitled "Why School Choice Is Compassionate." I encourage you to read it.
Posted by Brandon Dutcher at 4:52 PM No comments:

Another reason to oppose the lottery

[This article by Brandon Dutcher appeared April 29, 2004 in the Baptist Messenger.]

Oklahoma’s proposed education lottery is a bad idea for many reasons. As Baptist Messenger editor John Yeats and others have pointed out in these pages, a lottery would (among other things) use deceptive advertising to encourage gambling, lead to thousands of new compulsive gamblers, and impose huge new social costs on Oklahoma taxpayers.

But there’s another reason Baptists should oppose the lottery: Its passage would make it more difficult for children to receive a Christ-centered education.

Allow me to explain. Many Baptists understand that education -- because it deals with ultimate reality, with ideas and values of ultimate importance -- is necessarily religious. Any "education" worthy of the name will address some of life’s basic questions: Who am I, and how did I get here? What is the meaning of life? What is the meaning of history, and what is my part in it? Is there a God, and what does He expect of me?

Clearly, these crucial questions cannot be avoided for 12 years, nor can they be answered in some "neutral" or "value-free" way. Somebody’s religious assumptions -- somebody’s worldview -- will necessarily undergird and suffuse any curriculum. Is the student created in God’s image, or is he the product of a blind, undirected, purposeless process? Is God the architect of history, or not? Does the government rest upon His shoulder, or not? And on it goes. From anthropology to zoology, education is intrinsically, inescapably religious. As WORLD magazine's Joel Belz observed, both churches and schools "are so profoundly involved with shaping the minds, the hearts, and the souls of their people that it should be all but impossible for someone to draw a line saying where 'education' leaves off and where 'religion' picks up."
Growing up in the First Baptist Church of Bartlesville, I was taught to glorify God in Sunday School. But we should also seek to glorify God in Monday-through-Friday school. Our children should understand, as Harvard students understood in the 17th century, that "the maine end of [a student’s] life and studies is to know God and Jesus Christ, which is eternal life, John 17.3, and therefore to lay Christ in the bottome, as the only foundation of all sound knowledge and learning."

By God’s grace, many Christian schools in Oklahoma are indeed teaching youngsters to love God with all their minds. Unfortunately, this kind of Christ-centered education is simply not possible in the public schools. Yes, there are many fine Christian teachers and administrators serving as salt and light in the public system. But as one retired educator lamented in a recent letter to The Oklahoman, "We had to give up discipline and God in schools."

That is true. But that doesn’t mean the public schools are devoid of religious messages. Far from it. As Humanist Manifesto signer John Dewey understood, public education is religious -- and whether you call the prevailing philosophy humanism, or secularism, or agnosticism, the public schools are soaked through with it. Their religious message is clear: God may or may not exist, but he or she is simply not relevant to what goes on in biology class or history or sex education or English literature.

This, of course, is not good. "The school system that ignores God," writes Gordon H. Clark, "teaches its pupils to ignore God; and this is not neutrality. It is the worst form of antagonism, for it judges God to be unimportant and irrelevant in human affairs. This is atheism."

Again, God bless the many fine Christians who teach in our public schools. But the hard truth remains: Those schools are officially agnostic. They’re agnostic as a matter of law and public policy. This isn’t a criticism, it’s simply a description. As state Representative Kevin Calvey (R-Del City), a Georgetown-educated attorney, put it: "The 'religious neutrality' enforced in our public schools is not really neutral. The lack of religion is in itself a religious viewpoint, namely agnosticism."

Jack Graham, president of the Southern Baptist Convention, has encouraged Baptists to build Christian schools. "It is time that Southern Baptist churches and associations look more seriously at establishing Kingdom schools," he said in 2002. "I believe that it is time we look at equipping not only these young leaders, preachers, teachers, and missionaries in our seminaries and the various Baptist colleges across the states, but that we look more seriously at starting at the earliest years in developing disciples and empowering Kingdom growth through education."

Kingdom schools already compete on an uneven playing field, and the situation gets worse as the public schools get more and more of our dollars. That is one more reason to oppose the education lottery.

Posted by Brandon Dutcher at 11:57 PM No comments:

Email ThisBlogThis!Share to TwitterShare to FacebookShare to Pinterest
Labels: Religious Freedom, Worldviews in the Classroom

[This column by Steve Anderson and Brandon Dutcher appeared August 26, 2005 in The Oklahoman.]

According to official state government reports, the per-pupil expenditure in Oklahoma’s public schools in 2003 (the latest year for which data are available) was $6,429. 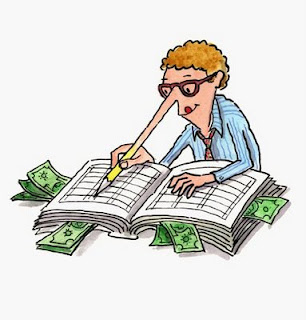 Unfortunately, that figure is not even close enough for government work.

In a newly released study, we discovered that the real per-pupil cost that year was a sobering $11,250.

How can the "official" reports be so far off the mark? Unlike private-sector businesses, the government's school accounting systems simply exclude many significant costs when computing expenditures. Hey, why not? It’s not like anyone ever calls them on it.

Until now. Using generally accepted accounting principles (GAAP) as promulgated by the Governmental Accounting Standards Board (GASB), we compiled the federal, state, and local expenditures on K-12 public schools in Oklahoma that are readily verifiable through third-party sources.

Unlike the government, we counted all the costs that would be included on a regular financial statement. A few examples:

• retirement benefits as a cost in the year incurred;
• depreciation costs;
• spending via “dedicated revenues” which are funneled directly to schools without going through the appropriations process; and
• pension debt added to the Teachers’ Retirement System each year (politicians are notorious for in effect using a "credit card" to provide benefits to current and future retirees).

Disturbingly, there are even more costs which could have been included but which did not lend themselves to measurement and/or categorization precise enough for our study. (For example, there are many K-12 costs that are carried on the budgets of other government agencies, such as remedial-instruction costs borne by the higher education system and school-employee costs borne by Medicaid.)

Even without including those sorts of costs, $11,250 is a formidable sum. Think about it: Oklahoma taxpayers are getting public education at elite private school prices (K-12 tuition at Oklahoma City's most elite private school ranges from $9,000 to $13,790). Raise your hand if you as a taxpayer are pleased with your return on investment.

There are nearly 200 private schools in Oklahoma, and $11,250 would pay the annual tuition (in any grade) at all of them except three. Indeed, the average tuition at Oklahoma private schools is a mere $4,162.

We pity the trial lawyer who will have to argue for the Oklahoma Education Association (OEA) that Oklahoma schools are, um, "chronically under-financed." The union is suing to ensure that every child receives a "constitutionally adequate education," even though the constitution – which gives the responsibility to the legislature, not the courts – doesn’t contain "adequacy" language. Even if it did, one would be hard pressed to argue that $11,250 is not adequate.

Of course, as the state's largest newspaper has pointed out, "for the OEA, enough is never enough. 'Adequate' funding is a moving target."

What's really unfortunate is that chunks of concrete are falling on motorists even as the monopoly school system is inhaling this much cash – some of which is coming from motor vehicle tax revenues!

If the CEO and finance division of any publicly held company attempted to influence public opinion with misstated financial data to this extent, they would be subject to criminal and civil prosecution (Enron and WorldCom leap to mind). Indeed, according to scholar Frederick Hess, a former public high school teacher now serving at the American Enterprise Institute, "school accounting guidelines would bring smiles to an Enron auditor."

Oklahoma taxpayers deserve better than this.

[Steve Anderson is a research fellow for the Oklahoma Council of Public Affairs (OCPA) and a certified public accountant with private- and public-sector experience. He was formerly a state-certified teacher with 17 teaching certifications. Brandon Dutcher is OCPA's vice president for policy.]
Posted by Brandon Dutcher at 10:31 PM No comments: