Kathy Clay-Little, the publisher of African-American Reflections, grew up in rural southern Oklahoma. In a new column, she says education is emerging as a new mission for black churches.
Posted by Brandon Dutcher at 12:05 PM No comments:

A gentleman who recently testified in favor of SQ 744 writes in a new column that "Oklahoma is in dire straits." We're looking at a billion-dollar hole at the state capitol, and "there is no magic rebound coming in revenues."
Posted by Brandon Dutcher at 8:29 PM No comments:

Quote of the day

[This is the text of an ad sponsored by the Marlin Oil Corporation appearing in the current edition of The City Sentinel.]

Monday of this week, an Oklahoma City principal who manages a high school where 82 percent of the students are Hispanic won the Milken Family Foundation’s Educator of the Year award for 2010. Pat McGuigan's report in this week's edition of The City Sentinel captures the wonderful spirit of the event.
Chris Brewster deserves all the praise he is getting. In less than a decade, he has taken a school with some of the lowest achievement scores around and turned it into the second-highest achiever among Oklahoma City public high schools with open admissions. Already, his graduates are working their way through state junior colleges and universities, aiming to join the professions and, in some cases, to become teachers themselves.
A couple of things make this wonderful achievement especially notable. First, the school is excelling even though it has an Hispanic population that is twice that of the percentage found in the school district as a whole. The staff is intensely dedicated to producing students who are proud of their heritage and also able to function in the English-speaking economic mainstream of our state and our country.
Second, Santa Fe South is a charter school, able to operate outside many of the mandates and bureaucratic strictures that limit teaching and creativity at so many regular public schools. Brewster has been a leader in the association of charter schools, which now has a little more than a dozen institutional members.
There are no charter high schools in Tulsa, due to the wasted time of 10 years of litigation the public school district there wasted while charter schools in Oklahoma City steadily improved. Only this year did the Tulsa district reluctantly agree that charter schools are here to stay -- after losing a silly lawsuit and wasting lots of money trying to crush these innovative sites. Yet, the highest achieving tax-funded elementary school in T-Town is a charter school. Think how much more can be achieved by adding upper grades to this dynamic school model.
The students at Santa Fe South are achieving notable things on the athletic fields, as well. The Saints, as they are known, won the boys Class 4A soccer championship last spring. This year they added the state title in cross country. Accepting the Milken award, which was a surprise to him, Brewster was a study in statesmanship and dignity, insisting on the excellence of all those surrounding him.
Every now and then in life, we catch of glimpse of the saints among us.
Posted by Brandon Dutcher at 5:16 PM 1 comment:

Posted by Brandon Dutcher at 10:56 AM No comments:

So the federal "stimulus" money has created or saved thousands of Oklahoma education jobs. Is this necessarily a good thing?
Posted by Brandon Dutcher at 9:32 PM No comments:

Posted by Brandon Dutcher at 3:57 PM No comments:

'When we are on the field we bring it'

Dallas Jackson of Rivals.com reports on a homeschool football team in Tulsa.

Posted by Brandon Dutcher at 11:02 AM No comments:

SQ 744 would result in college-tuition hike

In a recent speech, state Rep. Jeff Hickman (R-Dacoma) warned of the dangers of the proposed SQ 744. The Alva Review-Courier reports that


Hickman said department heads came to the legislature to express their dismay at the possibility of that change. “Higher education said if it passes, it would require a 33 percent increase in tuition,” Hickman said. “Several branch campuses might have to close.”

Posted by Brandon Dutcher at 10:55 AM No comments:

Email ThisBlogThis!Share to TwitterShare to FacebookShare to Pinterest
Labels: SQ 744

In a new memorandum released today, The Heritage Foundation looks at a dozen issues which, taken as a whole, "serve to undermine traditional families, devalue life and human dignity, and weaken civil society in American life." One of them involves expanding government-subsidized preschool programs.


A bill moving through the House of Representatives to reform America's higher education system includes the creation of a new $8 billion federal preschool program. The Early Learning Challenge Fund will provide funding for states to expand their government-subsidized preschool programs.

This is grossly unnecessary and a waste of taxpayer dollars considering that more than 83 percent of all four-year-olds are currently enrolled in some form of early education or care program. In addition, research and audit reports have found that two states that had instituted universal preschool (Oklahoma and Georgia) showed little to no improvement in test scores.

Many Oklahomans are unaware of the successes of Oklahoma's charter schools. To help remedy this situation, the Oklahoma Charter School Association is teaming up with Tierra Media Group to publish "The Charter Schools of Oklahoma," a magazine set for distribution in January 2010. According to Bill Bleakley, Tierra's president and CEO, the magazine will
The magazine will be mailed to 3,500 civic leaders, governmental officials, donors, patrons, and interested citizens. In addition, each school will receive 500 copies to distribute to potential donors and student families.

Posted by Brandon Dutcher at 10:48 PM No comments:

In a column published in August in the Edmond Sun, University of Central Oklahoma economist Mickey Hepner made a case for school-choice scholarships. Now Dr. Hepner, who also serves on the executive committee of the board of directors for The Oklahoma Academy, is back with a new column defending school choice.
Posted by Brandon Dutcher at 9:34 PM No comments:

Voters in New Jersey and in Virginia just sent a pro-school-choice candidate to the governor's mansion.
Posted by Brandon Dutcher at 8:39 PM No comments:

"For the past hundred years, with rare and short exceptions and after controlling for inflation, public schools have had both more money and more employees per student in each succeeding year," Arthur Peng and James Guthrie write.

And the results?
Posted by Brandon Dutcher at 4:35 PM No comments:

‘We’re lying to our children’

Oklahoma has been lowering the bar, resulting in "artificially high test scores." See for yourself here.
Posted by Brandon Dutcher at 5:56 PM No comments: 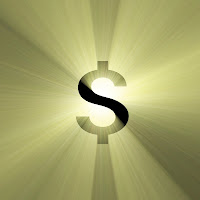 "Oklahoma’s public schools spend more than $4 billion in federal, state and local tax dollars every year, but the accounting of this spending does not appear to be as transparent as it should be," Brian Downs writes today in the state's largest newspaper. "Next November, voters will decide on State Question 744 which, according to a recent interim study on the issue in the Oklahoma House of Representatives, would take $850 million away from every state agency and give it directly to schools. How can voters decide to take away money from other vital agencies without knowing for sure how current dollars are being spent?"

Posted by Brandon Dutcher at 12:47 PM No comments: 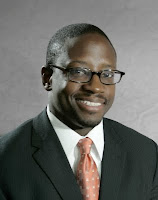 "Why do the education elites want to keep at-risk black males in schools that dump them in the streets or jail?" writes Dr. Anthony B. Bradley, an assistant professor at Covenant Theological Seminary in St. Louis.

Given the many social pathologies plaguing black males in low-income and fatherless households, the best place for at-risk black males is not the dominant failed public school paradigm. Since public schools are forbidden to teach virtue and often reduce children to receptacles of information, expanding private and faith-based options to black parents is the only compelling solution. ...

Americans cannot afford, financially or morally, to trap black males in criminal cultivators masquerading as schools. Even though charter schools, vouchers, and tax-credit programs reflect some progress, black parents need radical new options that empower them with absolute freedom to choose the best schools. While every at-risk black male does not have access to good faith-based opportunities, the only hope for liberating young black males to actualize their potential to be productive participants in a global economy and virtuous citizens of a healthy nation is to free black parents from the tyranny of government bureaucrats. Black America needs a "Freedom of Choice" movement.

Posted by Brandon Dutcher at 12:08 AM No comments: