Greg Forster, a senior fellow at the Friedman Foundation for Educational Choice, makes the case here.
Posted by Brandon Dutcher at 1:31 PM No comments:

I've noted before how liberals matter-of-factly acknowledge that public schools "provide not just education, but basic child care" and are "a reliable source of child care." Oklahoma's largest newspaper, in an April 29, 2012 "Education & careers" supplement, averred that Oklahoma is "the leader in early childcare education." And career-advice counselor Penelope Trunk has argued that "the U.S. school system is really just the biggest babysitting institution in the world."

Now the good folks over at Choice Media are out with a new segment asking the question: "Is State-Funded Preschool Actually Daycare?"
Posted by Brandon Dutcher at 4:22 PM No comments:

Posted by Brandon Dutcher at 3:52 PM No comments: 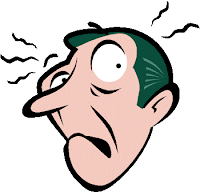 Stand for Children Oklahoma is an organization which strongly supports the Common Core State Standards. In a recent blog post, the group's government affairs director, Amber England, warned darkly: "There’s a faction of conspiracy theorists spreading lies about Common Core State Standards. Some lawmakers have bought into their fear mongering and are now about to flip-flop on the courageous stand they took for higher standards for Oklahoma students in 2010."

Over the weekend I left a comment on that particular blog post, but, oddly enough, it went unpublished. Given that my comment relates in part to school choice, I will publish it here:

Informative post. But when you speak of conspiracy theorists who are guilty of fear-mongering and spreading lies, to whom are you referring?

Are you referring to Heritage Foundation scholar Lindsey Burke, who, in 2011 testimony before the Common Education Committee of the Oklahoma House of Representatives, urged Oklahoma to “push back against this unprecedented federal overreach into what is taught in your local classrooms”? I happen to know her testimony was persuasive to many lawmakers. Are you saying she was fear-mongering and spreading lies?

Or are you referring to another Common Core opponent, the Home School Legal Defense Association? Lord knows those folks can light up the switchboards, and state lawmakers almost always take notice. But are you saying the homeschoolers are lying?

Or are you referring to the Republican National Committee, which last month passed a resolution opposing the Common Core?

Exactly which Common Core opponents — Cato Institute? American Association of Christian Schools?  — are spreading lies? Is it the education task force of the American Legislative Exchange Council? Is it the various free-market think tanks across the country? Is it University of Arkansas professor Jay Greene, who says Common Core is hostile to school choice? (Update: Is it Sen. Tom Coburn? Is it Sen. Jim Inhofe?)


Or are you referring to American Federation of Teachers boss Randi Weingarten, who last month suggested a time-out on the stakes associated with Common Core tests?

All of these people (with the exception of Weingarten) are my friends and allies, and none of them are given to fear-mongering or spreading lies.


UPDATE: Alas, it turns out that deceiving and denigrating wasn't such a great strategy after all.
Posted by Brandon Dutcher at 9:21 PM No comments: 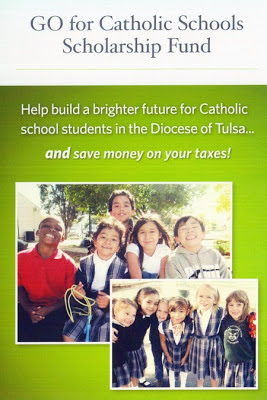 Read all about the GO for Catholic Schools Scholarship Fund.
Posted by Brandon Dutcher at 9:03 PM No comments:

Posted by Brandon Dutcher at 8:39 PM No comments:

Don't want to damage their self-esteem

The Oklahoman reminds us that many Oklahoma schools "now have either formal or informal minimum-grade policies requiring teachers to give students at least a 50 even when a student doesn't turn in homework."
Posted by Brandon Dutcher at 12:27 PM No comments:

The growth in charter schools could be a contributing factor.
Posted by Brandon Dutcher at 11:22 AM No comments:

Oklahoma Congressman Tom Cole yesterday introduced H.R. 1850, the Home School Equity Act for Tax Relief, according to a press release from his office.


This legislation allows home school families to receive the same tax deduction currently offered to elementary and secondary teachers for education expenses. Currently, home school families are only eligible for this tax credit in states where they are defined as “private” schools; H.R. 1850 would make this definition apply to all fifty states.

“Home school students have increasingly become recognized for their academic achievement and high performance levels,” said Congressman Cole. “As valuable contributors to our nation’s academic future and with more than 1.5 million students nationwide, it makes sense that home school families should also receive this tax credit.

“Choosing to educate children at home is not an easy or inexpensive decision for parents. It requires hours of time teaching and planning, commitment by at least one parent to stay at home and thousands of dollars spent for educational supplies each year. For families in many communities, home schooling is also the only alternative to failing public schools. In order for families to continue providing quality education at home, it is essential that they have the best resources for that success.

“Home school families are directly training up the next generation of leaders. We should support their continued success.”

Posted by Brandon Dutcher at 9:16 AM No comments:

"It is likely that the Bill and Melinda Gates Foundation will continue its commitment to global population control, and now, curriculum creation in the nation’s schools because they truly believe that they know better than anyone else how we all should live," writes Professor Anne Hendershott. "The Core Curriculum is really just another component of population control — it is used to help teach children the 'facts' about climate change and problems of overpopulation."

All of which is sufficiently evil in and of itself, but what's interesting for the purposes of this blog "are concerns that the imposition of the Common Core within the public schools could threaten the autonomy of private schools, religious schools, and home schools.

An op-ed published in the Orange County Register by Robert Holland, claims that the Common Core could "morph into a national curriculum that will stifle the family-centered creativity that has fostered high rates of achievement and growth for home education…Many private and parochial schools — including those of the 100 Roman Catholic dioceses across the nation, already are adopting the CCSS prescriptions for math and English classes…Their debatable reasoning is that the rush of most state governments to embrace the national standards means publishers of textbooks and tests will fall in line, thereby leaving private schools with no practical alternatives for instructional materials. According to October 8, 2012 article in Education Week by Erik Robelin, it is not just Catholic schools that are adopting the Common Core, some Lutheran and other denominations of Christian schools are shifting to the Common Core, including Grand Rapids Christian in Michigan and the Christian Academy School System in Louisville, KY. According to Robelin, parochial school leaders claim that they must 'remain competitive' with public schools and now feel pressured to adopt the Core. These are real concerns. As Diane Ravitch points out, 'Now that David Coleman, the primary architect of the Common Core standards has become president of the College Board, we can expect that SAT will be aligned to the standards. No one will escape their reach, whether they attend public or private school.'"

Posted by Brandon Dutcher at 9:51 PM No comments: