"A recent training program at Tulsa Public Schools (TPS) advised teachers to incorporate 'social justice' into all courses, including subjects such as physical education and math," Ray Carter reports.
Posted by Brandon Dutcher at 11:57 AM No comments:

Email ThisBlogThis!Share to TwitterShare to FacebookShare to Pinterest
Labels: Tulsa Public Schools, Worldviews in the Classroom

Lawmakers’ request is an attack on needy children

State House Democrats have asked Attorney General Mike Hunter for an opinion on whether it is legal to use federal funds to help low-income (and often minority) students attend private schools. Yet that question has been asked and answered—in the affirmative—repeatedly.

Stitt designated $10 million in GEER funding for his “Stay in School” program. That program is expected to provide more than 1,500 Oklahoma families with up to $6,500 apiece for private-school tuition. That’s a bargain compared to roughly $9,200 apiece that would otherwise be spent educating those kids in public schools.

The beneficiaries of the “Stay in School” program will include homeless children, teens recovering from addiction through a “sober school,” and low-income minority children from the state’s urban core. Apparently, some House Democrats see that as a bad thing and are trying their best to now deprive those children of educational opportunity.

But Democrats are doing so based on a legal foundation that makes quicksand look like bedrock.

The section of the CARES Act governing GEER Funds states that governors are authorized to support not only local public schools but also any other “education-related entity” the governor “deems essential for carrying out emergency educational services to students.”

The U.S. Supreme Court has upheld government programs that allow children to attend private schools, declaring, “We have repeatedly held that the Establishment Clause is not offended when religious observers and organizations benefit from neutral government programs.”

Attorney General Mike Hunter filed a brief in one such recent U.S. Supreme Court case. Hunter said prohibitions on uses of state funds for religious purposes do not prohibit aid to students who then attend private religious schools.

Also, the Oklahoma Supreme Court has found that taxpayer funds can support students who attend private schools—and their ruling was unanimous.

Put simply, there is no question about the legality of the “Stay in School” program.

Even as the debate over “Stay in School” funding continues, federal CARES Act funds have gone to private colleges such as the University of Tulsa and Oklahoma City University. But Democrats have voiced no objection to supporting those private colleges with federal funds, only to using federal cash to aid some of the neediest children in Oklahoma.

Make of that what you will.

Posted by Brandon Dutcher at 11:20 AM No comments:

"Universal choice is the principled—and pragmatic—education policy," Greg Forster writes. "Every Oklahoma family that wants choice should have it—now."
Posted by Brandon Dutcher at 4:30 PM No comments:

Did the education system play a role in our current cultural unrest?

In a recent survey, likely Oklahoma voters were asked: "Do you agree or disagree that the current cultural unrest is rooted in what our students have learned in the public education system?"
As you can see here, Republicans and Democrats differ sharply.
Posted by Brandon Dutcher at 12:39 PM No comments:

NBC has the story.

Posted by Brandon Dutcher at 7:55 PM No comments:

In politics, as in retail, consumer demand drives product selection, only politicians offer policies rather than baked goods. So it’s notable that multiple speakers strongly advocated for school choice policies every night of the recent Republican National Convention.

That type of strong, vocal support only happens when politicians are certain a policy is both popular and beneficial, as several speakers demonstrated.
Sarah Hughes, whose eight-year-old son is a beneficiary of a Wisconsin school choice program, told national viewers her son “would have slipped through the cracks in public schools” but now has been provided the educational opportunity that will allow him “to succeed.”

Tera Myers, whose son has Down syndrome and is a beneficiary of an Ohio school-choice program, likewise noted her son says school choice “helped my dreams come true” and allowed him to become the “best I can be.”

Such stories are not outliers, nor are they isolated to places far from Oklahoma. Our state has seen dramatic success stories generated by school choice.

For example, in north Tulsa this year Crossover Preparatory Academy continued educating students through distance means when Tulsa Public Schools effectively threw in the towel, other than having online review of past content.

Many of the low-income, all-male and mostly minority students at Crossover Preparatory Academy in north Tulsa attend that private school because of a state tax credit for donations to scholarship-granting organizations.

The benefits of their private-school education can be seen by comparing those students to their socio-economic counterparts still in Tulsa Public Schools. A TPS official recently told the State Board of Education that district now expects that kids “who might otherwise have been predicted to be two years below grade level” are instead going to be “approximately three years below grade level.”

The kids at Crossover still have opportunities thanks to education, but many kids in TPS do not and will pay the price for years.

Former state Rep. Jason Nelson, who helped create a state program that pays for children with special needs to attend private schools, has reported some parents “have told me that it saved their child’s life.” That is not hyperbole. Oklahoma’s school-choice programs have served children with special needs, teens recovering from addiction, survivors of horrendous childhood abuse, and more. School-choice has not only changed lives but saved them.

As the nation grapples with issues of inequality, one of the best paths forward is to expand school choice in Oklahoma and elsewhere. As Donald Trump Jr. bluntly noted, if officials really want to “help minorities in underserved communities,” the best option is to “let parents choose what school is best for their kids.”

Ja’Ron Smith, a deputy assistant to the president, noted at the RNC that education “is the great equalizer.” He’s right. It’s time we give all students of all races and economic backgrounds a greater chance at success through school choice.
Posted by Brandon Dutcher at 9:32 AM No comments:

While teachers' kids get special treatment, other Oklahoma parents are out of luck 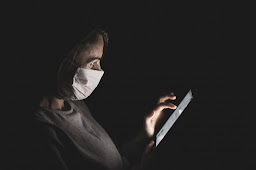 In some Oklahoma school districts (Oklahoma City, Norman, and Owasso, for example), "teachers and other staff are allowed to bring their children to physical school sites and the district provides adult supervision of those pupils' on-site 'distance' learning," Ray Carter reports.

The special treatment given to the children of school staff has not gone unnoticed by other parents. But the perception of special treatment may be the least of the problems created by the program. Benjamin Lepak, a legal fellow at the 1889 Institute who previously provided counsel to 24 elected officials across three counties while working for a district attorney, said such arrangements appear to violate the Oklahoma Constitution.

It's small wonder that Oklahoma voters, by a margin of two to one, say that if schools don’t open in the fall, parents should be able to take their tax dollars and go to another school.
Posted by Brandon Dutcher at 5:25 PM No comments:

Choice is what parents need in the era of COVID "School choice is not a magic wand that removes tradeoffs and hard choices," Greg Forster writes. "But it allows parents to make the tradeoffs that make sense to them."
Posted by Brandon Dutcher at 1:25 PM No comments: