The Oklahoma League of Women Voters describes itself as a "nonpartisan political organization" which "works to increase understanding of major public policy issues." To that end, the League is presenting a panel discussion this evening on the topic of education spending. As you can tell by the list of panelists, topics, and sponsors, the League went out of its way to include people from both sides of the issue -- people who think the current failed monopoly deserves more money, and people who think it deserves tons more money.

A tip of the cap to this liberal organization for making this a nonpartisan affair -- both liberal Democrats and liberal Republicans should feel right at home. 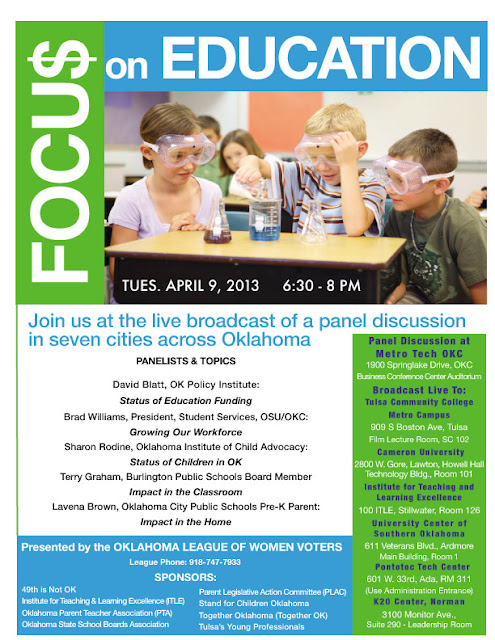 Posted by Brandon Dutcher at 5:40 PM