'Throwing money at a system that's not working'

Former Gov. Frank Keating (a Republican) and former state treasurer Scott Meacham (a Democrat) took to the pages of The Oklahoman last week to sound the alarm about Oklahoma’s very serious educational-performance problems. “It appears policymakers, the education establishment, and even a vocal minority of parents in Oklahoma are in a state of denial when it comes to what’s happening,” they wrote.

Keating and Meacham outlined some practical, structural fixes. “Once these structural problems are addressed, only then should we have a serious discussion about increasing funding,” they added. “Oklahoma remains near the bottom in the nation on per-pupil expenditures for education. Clearly, we can’t underfund our way to excellence. But throwing money at a system that’s not working won’t change anything.”

They’re right. We know from federal data, for example, that only half of the money we’re throwing at the system is going to instruction. But sometimes it’s not even necessary to mine the spending data. Sometimes a simple thought-experiment is illuminating: 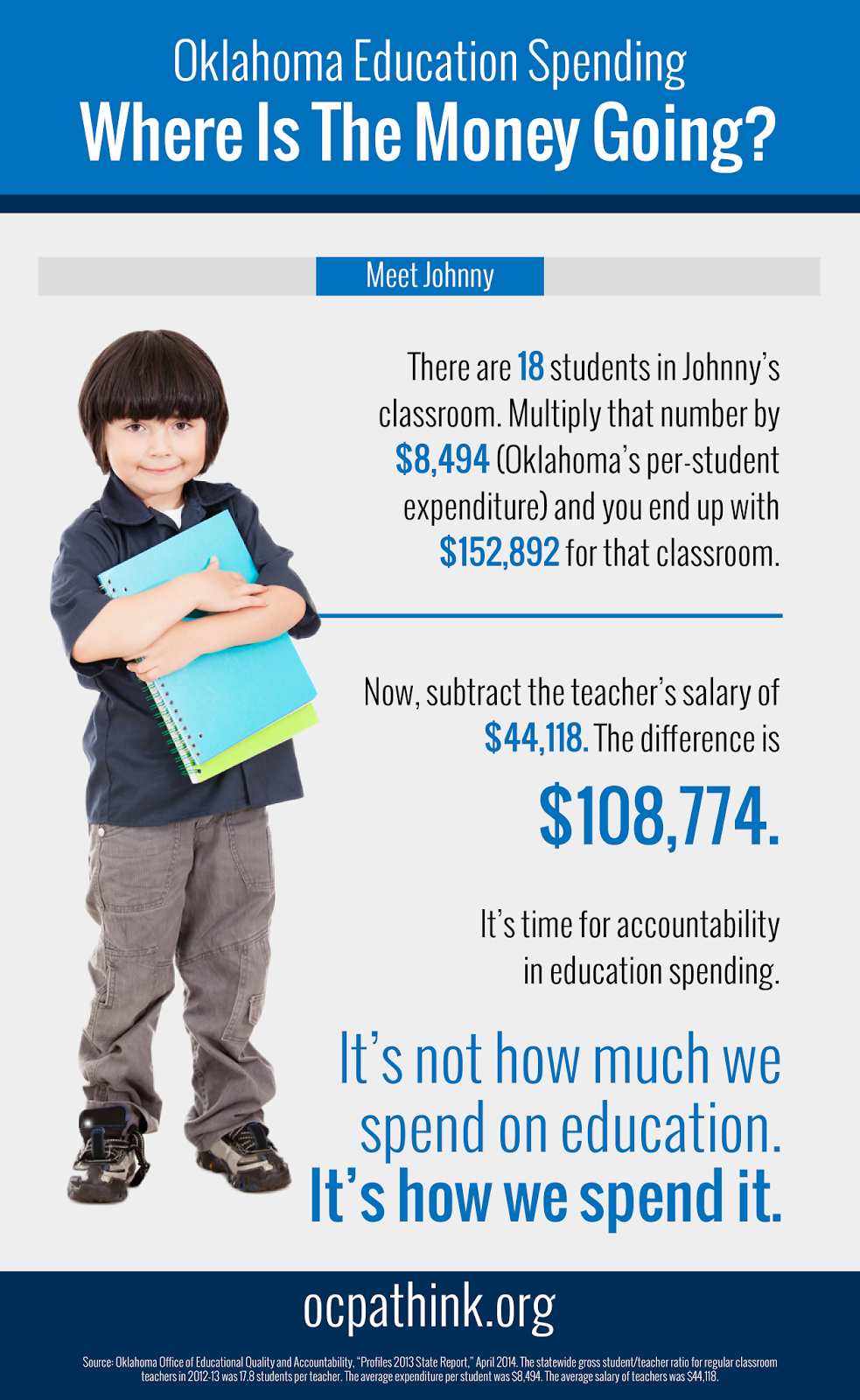 Posted by Brandon Dutcher at 8:36 PM