If left-wing academic bias is a given, why should taxpayers finance it? 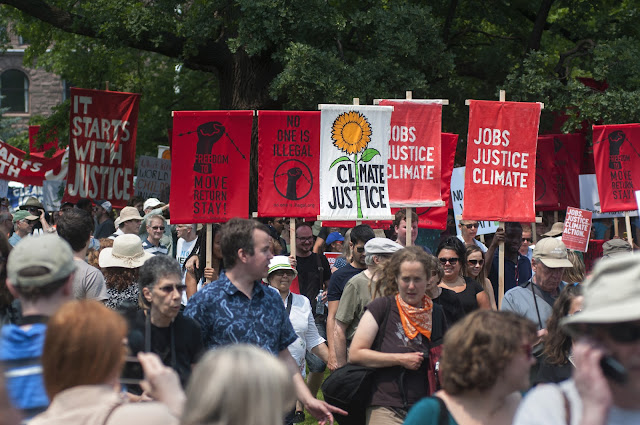 You have to love a policy wonk who asks a question different from the one people assume is “the question” of the day. Neal McCluskey is such a wonk.

He starts with a reality that has taken more than seven decades to unfold: “Academia did not become an almost wholly owned subsidiary of the left—63 percent of professors self-identify as ‘far left’ or ‘liberal,’ only 12 percent as ‘conservative’ or 'far right'—overnight.”

From that reality, he does not conclude that conservatives should be engaged in an endless struggle to force a change in the political preferences of the majority of American university and college professors. He does not try to create a list of action items in question-and-answer format on how to push back against left-leaning academics.

Rather, he poses a different concern: “Why should anyone be forced to subsidize ideas that are repugnant to his or her views?”

A policy analyst at the Cato Institute, McCluskey not only got my attention, he provoked within my gray matter a new way of looking at higher education issues.

First, some background: Repugnant views can take many forms, and can be conveyed through many messengers.

Last year, at the University of Missouri, the learning process was paralyzed and indeed marginalized for weeks as protesters leaped from a police-involved killing into a full-throated rhetorical assault on all manner of things—including on-campus voices who quarreled with the assumptions of those leading the protests.

A young campus journalist tried to film one of the more inflammatory gatherings at the Columbia campus. That is when Professor Melissa Click—in video soon immortalized on the world wide web—demanded the videographer stop filming within a designated “safe space” for left-wing speakers. She cried out, as she sought physically to force that objective, “I need some muscle over here!”

Ultimately, she paid a price. After a second video surfaced, in which Click screamed obscenities during an earlier demonstration, her “courtesy” appointment at U-MO’s College of Journalism ended.

Consider, for another example, Professor Ward Churchill, once upon a time a well-known speaker and provocateur based at the University of Colorado (Boulder).

Soon after the terrorist attacks of September 11, 2001, Churchill wrote that those who died on American soil that day were ignorant of the evil they did each day "because they were too busy braying, incessantly and self-importantly, into their cell phones, arranging power lunches and stock transactions, each of which translated, conveniently out of sight, mind and smelling distance, into the starved and rotting flesh of infants. If there was a better, more effective, or in fact any other way of visiting some penalty befitting their participation upon the little Eichmanns inhabiting the sterile sanctuary of the twin towers, I'd really be interested in hearing about it."

For a long time, Churchill’s reflections lay hidden in plain sight. Only in 2005 did a college student journalist unearth and widely publicize them. Churchill was eventually dismissed from the university after his campus became embroiled in relentless controversy over the limits of academic freedom and free speech.

That outcome was gratifying to many conservatives, but McCluskey believes it missed a larger point. McCluskey treasures academic freedom (as I do), and says those holding controversial views should enjoy its protections at places willing and able to hire them.

However, in a recent speech (via Google Hangout) to a gathering here in Oklahoma City, McCluskey reflected, “What’s hard for academics sometimes is to have a sense of humility. Each side, all sides, should approach issues with some humility, with an assumption that perhaps we’re wrong. We’re certainly fallible.”

He continued, “It is very dangerous to have government deciding what’s wrong in terms of opinions, areas of study, or investigation.”

That is why he supports what might be called full-bore freedom of choice for students in higher education.

In a provocative essay for The Weekly Standard last year, McCluskey reasoned, “Given the inherent injustice of dictatorial punishment for ‘extreme’ views, and the possibility of all sides having legitimate positions, the only remedy fair to both conservatives and those with whom they disagree is to phase out higher education subsidies: You may say what you please, but not on my dime. Indeed, no matter who is subsidized, it is simply unjust to force one person to fund the speech of another.”

McCluskey addresses an argument frequently made by defenders of the status quo in higher education. It is this: those who possess college degrees make “a lot more money” in the course of a career. The most common figure given, including in newspaper and television advertisements here in Oklahoma, is that net higher earnings for college graduates will, over a multi-decade career, be around $1 million more than for similarly situated peers.

After creating a grant structure for college financing (think of a Pell Grant system on a universal scale)—along the same lines as an Education Savings Account program for K-12 schooling—McCluskey said the next objective should be to transform the grants into loans.

“That way, over the long haul, students would be financing their own study, building that better economic future, with their own resources.”

Bottom line, “instead of budgeting for an institution or for institutions, the policy should be for resources to follow individuals.”

It’s time, he says, “to change the way we subsidize education. Attach the money to students rather than to institutions. Then, private decisions become the driver”—rather than collective power at institutions established and enhanced through appropriations.

When I was in graduate school, I took a course in historiography—that is, the study of the study of history. I chose as my topic an examination of the prevailing academic wisdom concerning the conversion, to Christianity, of pagan Roman emperor Constantine the Great.

After a long examination of primary sources (those closest to the Battle of Milvian Bridge and other events of 312A.D.) and subsequent centuries of historical analysis, I concluded that the monarch had truly changed his view of human reality, becoming a Christian at the height of his earthly power.

Simply put, I sided with the minority view among historians—believing Constantine’s shift was real and personal.

That conclusion and the contents of my academic paper were so offensive to my professor at Oklahoma State University that he decided I should be given a bad grade for the class. After his intentions became clear, I discussed the matter with three professors I trusted (none as conservative as me, but each an honorable person).

To them, I defended my research on the merits. But that was not all I did.

Correctly perceiving this was a perhaps-defining moment in my career, I promised that if the professor carried through on his threat, I would describe the events in great detail in my regular newspaper column which appeared on campus and elsewhere in the state.

Although my trio of counselors believed the paper was, as one of them put it, “not the best work I’ve seen from you,” they were deeply unhappy with their colleague for making such a bold threat to impede my academic advancement.

The story ended happily for me, as I earned a negotiated decent grade.

Even though I ultimately left the academic world and entered journalism, I never forgot the power of that professor’s threat to do severe damage to my career.

I also never forgot the power of a promise to discuss, in public, the teacher’s threat.

In the end, the academic behemoths that have emerged across the land of the free retain many redeeming features. But it states the obvious to report that too many tenured professors argue to end—for those whose views they find repugnant—that freedom of inquiry that obviously should also extend to those who hold political, philosophical, and religious assumptions different from their own.

Alas, in its current framework, much of American higher education appears incapable of real reform.

Still, there is some evidence that education consumers are capable of quiet fortitude.

This recently concluded academic year saw 1,000 fewer freshmen enrolled at the University of Missouri. They and their parents must have decided to pursue a different version of higher education than the one Professor Click advanced in her “muscle” comment.

Interestingly, the University of Colorado is among a handful of places where an experiment in “follow-the-student” funding is under way, at least for undergraduates.

To be honest, prospects to end pervasive liberal dominance in the hallowed halls of academia are not bright—unless the incentives and assumptions are changed.

This post provided three examples of left-leaning academic strong-arming that would have been successful, except that the events emerged (or, in my case, could have emerged) into the light of day. There are many good actors in the academic world, and my three counselors were among them.

The best response to bad speech, political or otherwise, is better speech.

Change the financial dynamic. Put the consumer in charge—and let him or her choose freedom. For their future.
Posted by Brandon Dutcher at 12:25 PM