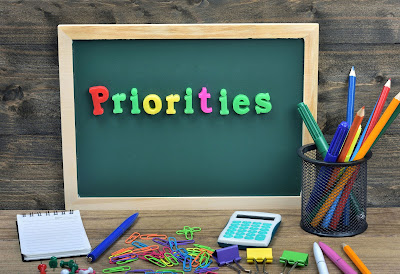 As the new school year approaches, Will Hutchison reports for KSWO, teachers in the Elgin Public Schools "are having to spend hundreds of dollars of their own money just to make their classrooms operational."

Here's hoping KSWO or some other media outlet will do a follow-up story asking the question: Why can't Elgin afford school supplies? Consider:

Given these facts, why are some teachers having to spend hundreds of dollars of their own money on classroom supplies? I don't know the answer, but here's hoping some curious journalist will explore the matter with school board members and administrators.

Have school officials rolled up their sleeves and gone over the budget line by line? For example, have they privatized all non-teaching personnel? (The Bartlesville school board recently voted to outsource the schools’ janitorial services, a move the district CFO says will save $300,000 annually.) Have they taken a close look at the athletic budget? Have they considered renegotiating the contracts of underperforming teachers? (The average student in Elgin is performing better in math than 42 percent of students in other developed economies; surely Elgin parents demand better than that.)

If classroom supplies truly are a priority, then school officials—with nearly $22 million at their disposal—need to find a way to buy classroom supplies. Yes, it may require some difficult decisions, but setting priorities is the sort of thing the Elgin superintendent is paid $114,652 annually to do.
Posted by Brandon Dutcher at 10:22 AM