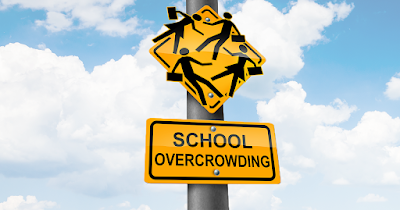 Unsurprisingly, many parents want to live in the district. The Oklahoman noted last week that Deer Creek's enrollment is increasing. With that in mind, policymakers should always be aware that private-school choice policies (vouchers, tax credits, ESAs, etc.) can serve as a "pressure release valve" in high-growth areas like Deer Creek.
Posted by Brandon Dutcher at 11:38 AM

Email ThisBlogThis!Share to TwitterShare to FacebookShare to Pinterest
Labels: Overcrowding