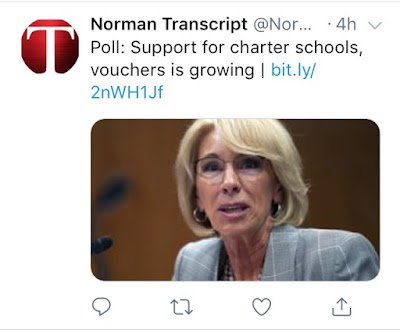 The most recent release of the annual Education Next poll "shows significant jumps in support for educational choice," the American Federation for Children points out.


Looking at the consistently worded questions over the years, the 2018 poll showed:


The AP story in The Norman Transcript is here.
Posted by Brandon Dutcher at 1:38 PM