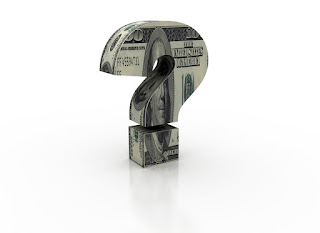 Rather than provide “money for nothing” to retirees, however, those politicians instead saddled Oklahomans with enormous unfunded liabilities that left current teachers and state workers with an unsecure retirement and forced the diversion of millions of dollars from schools, roads, and other needs.

There were 19 “cost of living” adjustments (COLAs) provided to state employees from 1975 to 2008, and most were approved without any funding. So how did lawmakers “pay” for those COLAs? By raiding pension assets again and again and again. It didn’t take long before Oklahoma had some of the worst-funded state pension systems in the nation. The teachers’ retirement system was in especially bad shape with a funded ratio that hovered around just 50 percent.

Thanks to several reform laws passed in the last decade, the situation has improved dramatically. One of the most significant reforms was to require full funding for benefit increases (imagine that!). But legislation filed in 2019, which could advance in 2020, would evade that requirement and provide increased retirement benefits without funding. Instead, it would raid state pensions of more than $850 million, according to estimates.

One doesn’t have to be a certified public accountant (although I am) to know where we’re headed with such legislation: back where we started.

The impact of past pension raids continues to be felt throughout the state. For one thing, lawmakers have had to direct hundreds of millions of dollars in additional funding to the existing system to shore it up. That’s money that would have otherwise gone to other needs like schools, roads, and public safety. Remember in 2018 when legislators claimed they had to raise taxes to cover expenses? Those tax increases are one logical outcome of state pension raids.

Rather than repeat a regrettable part of our history, lawmakers need to embrace real reform. That means not only admitting that pension benefits should be funded, even if that means legislators must provide less spending to other state agencies, but also overhauling the system.

Today’s workforce is highly mobile, and the 20-something who hires on as an educator or support personnel today probably won’t remain there for the next three decades. Plus, the current outdated defined-benefit plans provide employees no asset that can be passed on to help other family members or their future generations. It’s time to provide all non-hazard-duty government workers with a 401(k)-style retirement plan whose assets follow them when they leave a government job.

Oklahoma needs a modern retirement system fitted to the needs of modern workers, not a “greatest hits” rerun of the failed financial policies of the past.

Posted by Brandon Dutcher at 10:05 AM