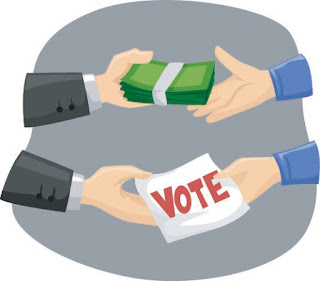 If this year is like most election years, Oklahomans will receive campaign mailers from state Republicans decrying Washington, D.C.-style politics and proclaiming themselves fiscal conservatives. But in this year’s session—primarily because of House Republican leaders—lawmakers fully embraced D.C. politics and abandoned responsible financial stewardship.

The negative consequences for working families will be significant.

When Democrats controlled the Legislature, they also advanced unfunded COLAs in election years. That ultimately drained pensions so fast Oklahoma ranked 47th among the 50 states by 2007.

Between 2000 and 2010 the unfunded liability of Oklahoma’s state pensions increased from $6 billion to $16 billion. Things got so bad that by 2010 actuaries predicted the teachers’ retirement plan would never achieve fully funded status.

However, when the GOP won power, that first generation of Republican legislative leaders—who not only touted conservatism on the campaign trail but practiced it in office—began reforming pensions. One major reform, abandoned this year by House Republican “leaders,” was to ban the raiding of pension assets through unfunded COLAs.

Major progress has since been achieved, but—contrary to the fiscal fairy tales offered by some lawmakers—state pensions are still far from whole. Oklahoma’s government pensions started the year with $7.8 billion in unfunded liabilities. That figure is larger now thanks to the unfunded COLA.

The teachers’ retirement system, in particular, faces major challenges. The teachers’ system already had more money going out in benefit payments than what was coming in through employee and employer contributions. The system must make up the difference with investment earnings. Now, those earnings are reeling due to the stock-market collapse tied to the COVID-19 pandemic. The Teachers’ Retirement System of Oklahoma portfolio has declined by $1 billion since June 30, 2019, and its funded status has fallen from 72.3 percent to around 64 percent.

I am a CPA who previously served on the board of the Oklahoma Teachers Retirement System, so I understand what those numbers represent: reduced benefits for current teachers upon their retirement, diversion of funds from schools and other needs to retirement systems in the future, and tax increases for working families to cover unfunded liabilities (or some combination of all three).

When incumbent Republicans dismiss the hard financial realities created by their raid of pension assets—done amidst a global pandemic when the livelihoods of working Oklahoma families are being decimated—citizens must ask if those lawmakers are willfully ignorant of financial reality or deliberately misleading constituents. Those are the only two possible answers, and neither inspires voter confidence.
Posted by Brandon Dutcher at 3:48 PM