Shining Star for you to see 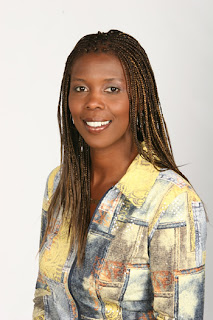 Or at least for your state legislator to see. Please encourage your senator and representative to come hear Star Parker -- formerly a single welfare mom, now a noted columnist and commentator -- at an OCPA legislative breakfast Tuesday, April 1 at 8 a.m. at The Faculty House. Her topic: "School Choice on the Move."

Parker is a regular commentator on CNN, MSNBC, and FOX News. She debated Jesse Jackson on BET, fought for school choice on Larry King Live, and defended welfare reform on the Oprah Winfrey Show. She is a regular guest columnist for USA Today, and her personal transformation from welfare fraud to conservative crusader has been chronicled by ABC's 20/20, Rush Limbaugh, Readers Digest, Dr. James Dobson, The 700 Club, George Grant, the Washington Times, Christianity Today, Charisma, and World. Her autobiography Pimps, Whores and Welfare Brats was released in 1997 by Pocket Books, and Uncle Sam's Plantation was released by Thomas Nelson in the fall of 2003.