What shall we transmit? 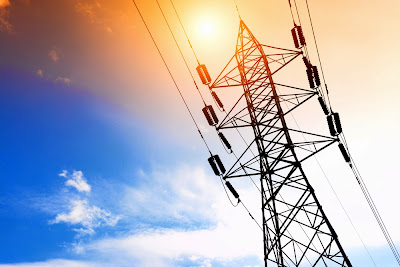 "The main fact about education," Chesterton observed, "is that there is no such thing. ... Education is a word like 'transmission' or 'inheritance'; it is not an object, but a method."

In their new book NurtureShock, Po Bronson and Ashley Merryman cite studies which show that "four-year-olds will lie once every two hours, while a six-year-old will lie about once every hour.


Few kids are an exception. In these same studies, 96% of all kids offer up lies. ... In longitudinal studies, a six-year-old who lies frequently could just as simply grow out of it. But if lying has become a successful strategy for handling difficult social situations, she'll stick with it. About one-third of kids do—and if they're still lying at seven, then it seems likely to continue. They're hooked.

Hmmm. This could be a problem. What shall we do, transmission-wise, to address this situation? There are many different options; let's look at two vastly different ones.

Some parents may want to put their preschooler in a public-school classroom equipped with mental-health therapists. That's one option.

Other parents may opt for a private school or a home school wherein the child is taught:


Johnny, I want you to listen to me carefully. God loves you and I love you, but you told a lie. And the reason you told a lie is that you're a sinner. God made you and he loves you, but because of sin your heart has lots of ugly stuff in it. That's why you sometimes lie or cheat or take other kids' toys. Sin is very serious and it deserves punishment, punishment even worse than a spanking. But the good news is that Jesus died on the cross to take away all of your sins. If you apologize to him and trust him to forgive you, he will wipe away your sins. And he won't be mad at you. In fact, he loves you more than even your mom and dad love you! And he will change your heart to help you tell the truth.

Early childhood "education"? There's no such thing. Content is everything. The question is, what content are we going to transmit? Different parents—agnostic, Christian, Jewish, and so on—will answer that question differently. Public policy should ensure a level playing field so that parents have the freedom and the ability to make the choice that is best for them.

As Nobel Prize-winning economist James Heckman recently said in Oklahoma City, a child's early years are "a delicate time of life, when cognition and self-control [are] established." If school-choice policies are in place, "religious groups can pick for themselves" how to meet those needs in development of a child's cognition and self-control. Dr. Heckman rightly said such programs can and should accommodate the interests of "Orthodox Jews, Mormons, Southern Baptists, you name it."
Posted by Brandon Dutcher at 5:44 PM