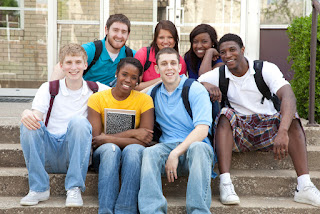 A common myth about private-school choice programs is that they are examples of “white flight” used by rich families to avoid sending their kids to school with minorities.

This is just common sense. After all, “the government school system is very heavily segregated by race because it’s tied to residence,” Forster reminds us. “People tend to live in racially homogenous neighborhoods, and tend to go to school where they live. School choice breaks down racial barriers by making it possible for students to go to school outside their neighborhoods.”

School choice also goes hand-in-hand with urban revitalization, but that’s a blog post for another day.

Oftentimes the most vocal advocates of private-school choice programs are minorities. The nationwide 2015 Education Next/Harvard Program on Education Policy and Governance survey found strong support among African-Americans for a variety of school choice measures. For example, 66 percent support vouchers for low-income families, while only 17 percent oppose.

Minorities are often far less concerned with racial balance. What they want is the social and economic upward mobility that comes with a good education.

And as they move to schools that better meet their needs, they help make those schools more racially, ethnically, and economically diverse.

School choice increases integration, and that’s good for everyone.
Posted by Brandon Dutcher at 9:01 AM

Email ThisBlogThis!Share to TwitterShare to FacebookShare to Pinterest
Labels: Mythbusting