Education bureaucrat: 'I will question parents as I see fit' 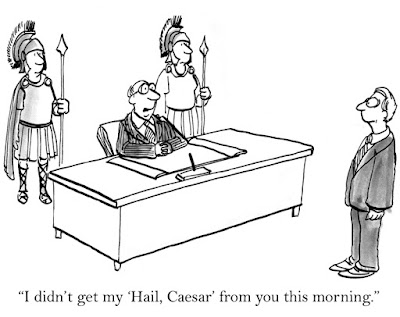 David Hile, who heads the Licking Valley Local School District, wrote HSLDA recently to say he did not appreciate our request that he limit his oversight of homeschooling students to what the law permits.

“It is my responsibility under the law,” he insisted, “to ensure that children in my district are receiving an adequate education [and] I take that responsibility very seriously, whether those children are in our schools or homeschooled. I will continue to question parents as I see fit.”

This exchange, ironically, arose from Hile’s excessive inquisitiveness regarding a homeschooled student’s test score. The student had scored in the 30th percentile on a standardized test taken to fulfill end-of-year assessment requirements. Hile felt the score was too low and asked to see the student’s subtest scores.

At that point the student’s mother contacted HSLDA.

Staff Attorney Mike Donnelly, who assists members in Ohio, wrote to Hile, explaining that his request went beyond what he was entitled to ask for by law. Donnelly cited the Ohio Administrative Code, which says, “Any child that has a composite score at or above the twenty-fifth percentile shall be deemed to be performing at a level of reasonable proficiency.”

Though our member’s issue was resolved soon afterward, Hile still saw fit to fire off his bristling reply. His response further demonstrated a lack of understanding regarding how to interpret a nationally norm-referenced assessment as well as a disconcerting attitude with respect to who is responsible for the education of the child. Hile wrote that he considered a child who scored in the 30th percentile on a standardized test “2–3 years below grade level (as 50th percentile is on grade level on NNRA).”

As a professional educator, Hile should know percentile scores on a norm-referenced assessment that is standardized nationally, as required by Ohio regulations, reflect how many students performed at or above that level—not what grade level the child is. Perhaps Hile is thinking of the state public tests, which are criterion-referenced rather than nationally normed standardized achievement tests, and which simply show how a child scores compared to others on the same test. A score of the 30th percentile simply means that 30% of the students scored below a particular result on that test.

“Hile’s response was an over-the-top and overbearing reaction to a simple point of clarification,” Donnelly said. “His attitude reflects an arrogance that implies homeschoolers are not up to the task of educating their children. The facts show that the reverse is true, and I will happily defend our members when they encounter problems with similar public school officials.”

He added: “Superintendent Hiles’ unnecessarily bristling response to my short letter shows why homeschooling families need HSLDA—who wants to have to deal with someone like this?”

Posted by Brandon Dutcher at 3:40 PM