Measuring quality—but by whose measure? 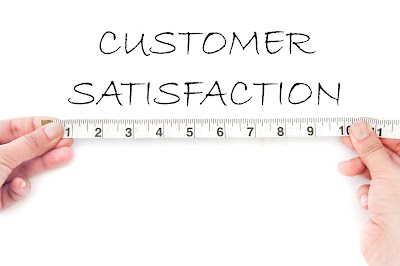 Lindsey Burke has an excellent new post responding to Tulane's Doug Harris on the question of accountability. “Even if free markets did work well,” Harris argues, “it would be reasonable for policymakers to ask for some measurable results. It’s hard to think of another case where government writes checks to private organizations without checking whether taxpayers are getting anything for their money.” Burke's response:

First, ESA and other education choice funds do not go to “organizations.” Funds go to families, not schools. Schools certainly benefit, but only by way of parents taking their funds to schools that fulfill what they’re looking for. Likewise, food stamps are for the hungry, not grocery stores; Section 8 housing vouchers are for those who need shelter, and are not subsidies designed to prop up the apartment building industry.

Second, the government regularly writes checks to individuals for use at a variety of organizations without requiring either those individuals or organizations to meet certain government-imposed metrics. Grocery stores accepting food stamps aren’t held to higher standards than those than don’t, nor are food stamp recipients required to abide by any dietary guidelines or limited to a certain caloric intake. Contra Harris, this approach is the norm for nearly every entitlement and welfare program, including Social Security, SNAP, WIC, Section 8, and so on. As Jay has noted, the feds aren’t checking on grandma to see that she spent her social security money on vegetables or rent.

This is the norm in education policy as well. Pell grants to colleges require accreditation, but that is far from a measure of academic quality. Colleges that accept Pell grants are not required to administer national tests or any tests at all. Nor are they required to meet government-imposed benchmarks for graduation rates or any other quantifiable measures, let alone to harder-to-quantify ones like civic values or noncognitive skills.

Third, and more germane to the choice conversation, is Harris’s notion that government is needed to ensure accountability. Not only are government regulations in education a far inferior form of accountability than market driven mechanisms, but they can actually have the inverse effect of what was intended by regulation-hawks. And coming from Louisiana himself, where the high-regulation model is in place (requiring private schools accepting students on a voucher to take the state test and punishing “underperformers” by kicking schools that parents have chosen out of the options pool), Harris should acknowledge that the so-called accountability regulations have not lived up to their proponents’ promises and may have had the exact opposite effect of what was intended.

Heavy-handed regulations (a state testing mandate, among others) have discouraged the vast majority of private schools from participating, while likely encouraging lower performers (as indicated by student attrition from those schools prior to entering the voucher program) to join the LSP, willing to incur the regulations in order to secure a new funding stream.

Posted by Brandon Dutcher at 8:53 AM