Oklahoma’s higher education officials often claim that, because of reduced government subsidies from lawmakers, universities are forced to raise tuition and fees just to keep their heads above water.

In reality, as Neal McCluskey demonstrates, higher education has taken in much more revenue than what was needed to backfill state cuts. As you can see in the charts below, Oklahoma’s per-student appropriations have indeed fallen over the past 25 years, but tuition and fee revenues have increased at a much greater rate—resulting in a net increase of $61 per student or $25 million per year. 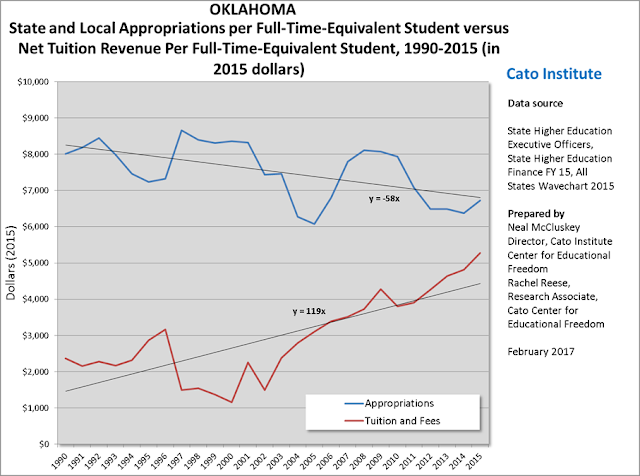 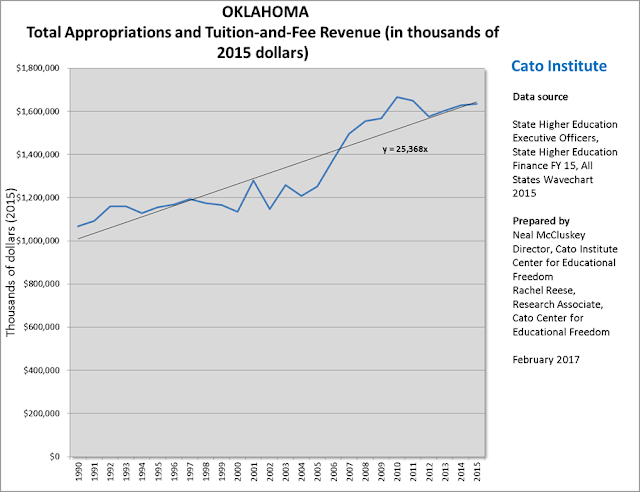 Posted by Brandon Dutcher at 4:30 PM