Will the IRS give us educational freedom? 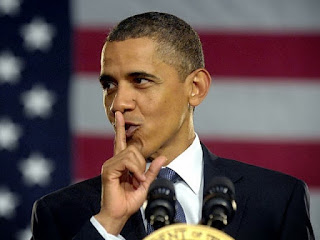 As more people in Washington, D.C. have come to see that there are good reasons not to enact a national school voucher program, attention is turning to another proposal for federal school choice. The idea is for D.C. to use an alternative kind of program, known as a tax-credit scholarship, to provide school choice nationwide. While this is less objectionable than a national voucher, it is vitally important for school choice advocates to consider the costs involved in such a scheme.

Some of my friends in the school choice movement—including others at EdChoice, where I am proud to serve as a Friedman Fellow—see this as an opportunity we should support. With respect, I disagree.

We have had enormous success building up school choice slowly but surely in the states, where there are now 61 private school choice programs in 30 states plus D.C., serving more than 400,000 students. Diverting our strength into a huge fight in D.C. for what would likely turn out to be a lousy program—assuming we win at all, rather than suffering a humiliating loss in the national spotlight—would probably cost us more than it would be worth.

Tax-credit scholarships work differently from vouchers and from vouchers’ young cousin, Education Savings Accounts (ESAs). Both vouchers and ESAs take government funding for education and put it under the direct control of parents. Tax-credit scholarships are indirect. They provide a tax credit that reimburses individual and/or corporate donors who give money to Scholarship-Granting Organizations (SGOs). The SGOs then take the money and use it to pay private-school tuition for students.

Overall, tax-credit scholarships are an inferior way to provide school choice. They put a gatekeeper—the SGO—between parents and choice. Every family should have a right to school choice. Vouchers and ESAs can provide that, while tax-credit scholarships always leave families dependent on SGO decisions. SGOs not only decide who gets to exercise choice; since they control the amount of the scholarship each student gets, they control who gets how much choice.

Tax-credit scholarships also have to place limits on how much funding is available, and therefore how many students can participate. That’s to control the amount of tax revenue diverted to the program. Vouchers and ESAs can always serve every student.

When these programs are designed poorly, as is usually the case, the problems of limited funding and arbitrary SGO control over families’ access to choice become serious. Good program design can mitigate these problems, although never entirely eliminate them. However, in the sausage grinder of D.C. education politics, the smart money will be on Congress producing a poorly designed program. Just look what a lousy job they did with their initial health-care bill.

So why do some prefer tax-credit scholarships? The main advantage is that the government never touches the money that pays for private-school tuition. Private donors give the money to SGOs, which use it to pay tuition bills. Government reimburses the donors by reducing their tax bills.

Usually this is considered an advantage because our court system is not, in general, smart enough to understand either that school choice is constitutional or that money is fungible. There are no serious constitutional objections to school choice. If religious schools can’t participate in government programs on the same terms as secular schools, how can we provide fire protection to churches? Or police protection to synagogues? Or municipal water lines to mosques?

Nonetheless, politicized judges are often looking for an excuse to strike down school choice. Keeping the government’s hands from directly touching the money does seem to help prevent them from doing so. That’s a bogus argument, because money is fungible. Treating tax credits as constitutionally different from ordinary spending is like treating the dollar bill in your left pocket as constitutionally different from the dollar bill in your right pocket. But since the argument against school choice is transparently bogus, I guess I shouldn’t be surprised that what works is a bogus argument against it.

Today, though, this “Uncle Sam never touches the money” feature of tax-credit scholarships is taking on a new importance. School choice advocates, many of whom raised howls of protest against the federal push for Common Core on federalism grounds, are suddenly looking for a way to explain why D.C. can legitimately take charge of education policy. Doing it through the tax code seems to circumvent the federalism barrier.

There are a number of reasons not to go down this road. Let’s start with the wisdom of the founders.

There used to be an ad campaign declaring that driving at the speed limit “is not just a good idea, it’s the law.” Turning that around, I think my friends in the school choice movement need to realize that federalism is not just the law. It’s a good idea!

Yes, we can probably circumvent the legal barriers to federal control of education by going through the tax code. But is it a good idea to have D.C. control education policy—even if the policy it sets is a good one?

The idea behind federalism is that governance should be kept as close as possible to local communities. That is partly because big, distant legislatures and bureaucracies are not likely to serve people well if they’re not directly connected to them. And that’s still going to be a problem even if you do find a clever way to circumvent the Constitution’s legal barriers to national education policy.

Will the IRS give us freedom? Let’s be clear: Any federal tax-credit scholarship program will be administered by the same IRS that illegally tried to shut down conservative activists not long ago. It will be the IRS deciding which SGOs are worthy of funding and which aren’t. It will be the IRS that audits compliance and sets the terms of participation.

I never thought I’d live to see freedom-loving activists demanding to have the future of school choice put into the hands of the IRS. I feel like Rip Van Winkle. What did I miss here?

Another reason to keep governance local is that imposing a policy upon a community by force if that community doesn’t regard the policy as just is, in general, a tyrannical thing to do. There are exceptions (you may recall we had a little trouble from 1861 to 1865). But usually, if you can’t persuade New York City to adopt the policies that the people in Oklahoma City want, or vice versa, then they should each be allowed to go their own way. Neither one should be enslaved to the will of the other.

I sympathize with educators and activists in states that are unlikely to adopt school choice. A federal tax-credit scholarship program would deliver school choice to them. That’s not a small consideration.

But it would also teach everyone around them to view them as enemies and redouble their efforts to shut them down. School-choice advocates in these states would go from being viewed as misguided to being viewed as devious, backstabbing enemies of the public. In the long term, that wouldn’t be good for school choice.

Lately I’ve heard a lot of talk from my conservative friends about how wrong it is when distant, powerful elites who are culturally alienated from the population at large shove laws down our throats that we regard as unjust. The question is, do we dislike that because we would rather it was our distant, powerful elites imposing our preferred laws upon populations from whom we are culturally alienated, and who view those laws as unjust? Or because elites shoving things down people’s throats is inherently wrong, whoever does it?

Keeping school choice in the states is the wise course. If we fight in a state and lose, as we have before and will again, we can always fight on in other states. In fact, when we’re losing in one state we’re usually winning in several others! However, if we fight a big national battle and lose, which is always a serious possibility, the movement could be set back for a generation.

But will it be much better if we fight a big national battle and win? We’ll get a program widely viewed as unjust and illegitimately imposed on the states, one that will be sabotaged both by its own lousy program design and by the deliberate efforts of the IRS bureaucracy to undermine it.

The failure of a poorly designed voucher program in Louisiana is now causing the movement some headaches—bad headlines and talking points from opponents. That pain is mitigated by the fact that the overwhelming majority of state programs do work. How much pain would the failure of a national school choice program cause? The big national lesson would be: “See? School choice doesn’t work.”

If D.C. wants to clean up the mess in education, it should clean up its own mess—the mess in D.C. The schools in our nation’s capital remain among the worst in the nation despite decades of increased spending and crusading reformers. The only serious glimmer of hope that has actually done some good has been the growth of charter schools and private school choice. Expanding the federal voucher program in D.C. to allow all students and all schools to participate would be an ideal way for D.C. to set a standard for the nation. Imposing school choice on the states, even by the back door of the tax code, is not the way to go.
Posted by Brandon Dutcher at 9:38 PM