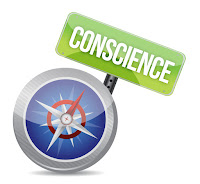 Parents, not government officials, have the moral right to raise their children according to their consciences.


That, in a nutshell, is why school choice is so important.

And since education is simply a subset of parenting (as education professor Jay Greene sagely reminds us), the government should defer to parents when it comes to educating their children.

Now obviously the government is going to spend money on education. But politicians shouldn’t play favorites, directing all the money to schools operated by the government. Let’s direct some of it to parents in the form of a voucher or a tax break.

We know that Oklahoma’s political leaders respect parents. In 2014 they enacted a “Parents’ Bill of Rights” to ensure that no state government entity infringes upon parents’ rights to direct the upbringing and education of their children.

But as important as that law is, it’s time to translate its principles into effective remedies, says Oklahoma City University law professor Andrew Spiropoulos. “We must guarantee all parents, no matter their income, the effective right to exit a failing school and choose one, public or private, that satisfies their needs.”

Happily, we already do this for some parents. For example, Oklahoma’s private-school voucher program is helping certain bullied children, autistic students, rural students who want a faith-based education, and many more.

So private-school choice is working for those who are eligible. But we need to do more. All parents have the right to direct their child’s path.

School-choice foes say we shouldn’t “drain money from public schools.” But that assumes the public schools are entitled to the money in the first place. In truth, they have no place of privilege, says Pennsylvania state Sen. Anthony Williams, a liberal Democrat. He rejects “the antiquated belief that existing public school systems have the right of first refusal when it comes to educating our children.”

Wade Burleson, pastor of Emmanuel Baptist Church in Enid, strikes the right balance. “I am very pro public schools,” he says. But he also supports parental choice. In fulfilling their God-given duty to raise their children, he says, parents “should be able to consider the best option for their children’s whole education and formation.”

Some parents would prefer a more rigorous curriculum for their children. Others are tired of all the bullying. Others simply don't want their daughters sharing a locker room with boys. In the Tulsa Public Schools, for example, “gender non-conforming students” have the right to use bathrooms and locker rooms consistent with their “gender identity.”

"[W]e have now sunk to a depth," George Orwell once observed, "at which the restatement of the obvious is the first duty of intelligent men." In that spirit, let us now reaffirm that a six-year-old girl is not a boy. A 14-year-old boy does not belong in the girls' locker room. After all, if children lack the perceptual judgment and physical skills to cross a busy street, the American College of Pediatricians reminds us, they certainly are not competent to decide they're the wrong sex or to consent to mutilation. Regrettably, we have now sunk to a depth where some grown-ups, refusing to state the obvious, choose to participate in systemic, taxpayer-supported child abuse.

Most Oklahoma parents reject this moral insanity and are zealous to protect their children's privacy. Politicians should not penalize these or any other parents (by making them pay twice) for raising their children according to their consciences.


[A shorter version of this piece appeared March 26 in The Oklahoman.]
Posted by Brandon Dutcher at 6:01 PM