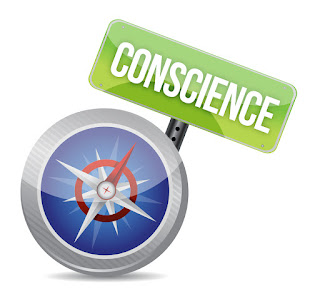 "School choice is a reality, and we should just get used to it,” Democratic state school superintendent Sandy Garrett said in 2001. "We have a lot of choice already in Oklahoma, but I think we'll have some sort of a tax credit or something to let children go wherever their parents want."


Parents paying for private education or home education have to pay twice: once in taxes to support public schools and again for tuition, fees, textbooks, and school supplies. To address some of this unfairness, some states now offer tax credits for these education expenses. Illinois has the largest tax credit program with nearly 300,000 families earning credits up to $500 for educational expenses.

Individual tax credits for education expenses are subject to one major criticism: you only get tax credits up to the amount you owe in taxes. Since wealthier families tend to owe the most in taxes, they will get the largest tax credits. One solution is a refundable tax credit for educational expenses, such as exists in South Carolina. That program allows parents of special-needs children to receive up to $10,000 in tax credits for educational expenses. If the credits exceed your tax bill then you receive a tax refund for the difference. This ensures that the rich aren’t the biggest beneficiary of the program.

Oklahoma's political leaders overwhelmingly support parents' rights. They should not penalize parents by making them pay twice. A good piece of legislation, the Parental Choice Tax Credit Act, was introduced last year but did not receive a hearing. But according to OCHEC, the Oklahoma Christian Home Educators' Consociation, this legislation could have been "positive for the homeschool community."


Now it's important to note that OCHEC wants nothing to do with vouchers or education savings accounts (ESAs). But tax credits are different.

"There are two types of tax credits," OCHEC explains. "One is refundable, which means at some point money will exchange hands. The other is a non-refundable tax credit, which means no money ever changes hands." The proposed Parental Choice Tax Credit Act was the latter.

It is a non-refundable income tax credit for educational expenses. Qualifying expenses include enrollment in a qualified (private) school and the expenses that are associated with that. The bill also would allow parents who provide instruction by other means (i.e., homeschoolers) for their children from pre-kindergarten through grade 12. The expenses that could be claimed by homeschool families would include tutoring fees, correspondence school fees, the cost of computer equipment, software and services, textbooks, workbooks, curricula and other written materials used primarily for academic instruction. ...

The bottom line is that this tax credit could reduce a parent’s income tax liability based upon the educational expenses that they have paid for their family. It would be up to each family to decide whether they wanted to claim the credit. Since the credit would not be refundable it would only allow parents to keep more of their own money. Any parent claiming this tax credit, assuming it passed, would not be taking state funds.