Do Ponca City schools have ‘fewer and fewer resources’? 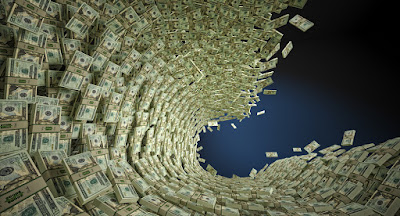 Gallup reported in September 2016 (“Americans’ Trust in Mass Media Sinks to New Low”) that "Americans’ trust and confidence in the mass media 'to report the news fully, accurately, and fairly' has dropped to its lowest level in Gallup polling history, with 32 percent saying they have a great deal or fair amount of trust in the media."

That Gallup finding came to mind yesterday when I read a cringe-inducingly one-sided story in The Ponca City News headlined "Schools Forced to Make Budget Cuts." Though the reporting may have been done accurately, it wasn't done fully and fairly. The Ponca City superintendent is quoted in the article as saying, “What is happening to public education in our state is not normal.” He complains of having to “operate our schools with fewer and fewer resources.” These statements went unchallenged (to say the least) by The Ponca City News.

Here is some additional information to consider.
Posted by Brandon Dutcher at 7:44 PM