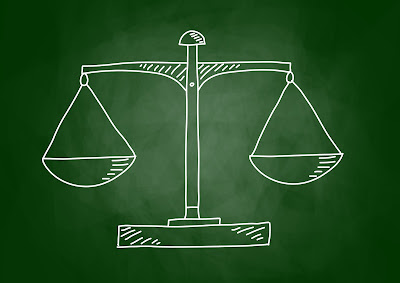 Gallup reported in September 2016 (“Americans’ Trust in Mass Media Sinks to New Low”) that “Americans’ trust and confidence in the mass media ‘to report the news fully, accurately, and fairly’ has dropped to its lowest level in Gallup polling history, with 32 percent saying they have a great deal or fair amount of trust in the media. This is down eight percentage points from last year.”

Clearly, reporters and editors need to be doing all they can to try to win back the trust of their customers. Thus it was surprising to learn that the editor of the Bartlesville Examiner-Enterprise is a founding member of a group working against the interest of some of his customers. In an April 4 news story announcing the group’s formation, the E-E's Nathan Thompson reports:


A group of concerned Bartlesville-area residents have started a grassroots effort on the current state of Oklahoma’s public education funding crisis.

PEAK’s key belief is public education is the fundamental driver of the state’s long-term economic prosperity, job creation and quality of life. To get there, the group supports increased funding for all state public schools, starting with significant pay raises for all teachers to be competitive with surrounding states. PEAK is strongly against using taxpayer funds to support private schools through the form of vouchers or education savings accounts. … The group also supports prudent tax increases to improve funding for quality education in the state, Droege said.

To be sure, higher taxes, increased government spending, and opposition to parental choice are all defensible policy goals and are shared by some (though not all) of the E-E’s readers. But according to the Society of Professional Journalists (SPJ) Code of Ethics, “The highest and primary obligation of ethical journalism is to serve the public.” Thus, journalists should “avoid political and other outside activities that may compromise integrity or impartiality, or may damage credibility.”

Is it possible for the E-E’s editor to pick a side on policy disputes without compromising the newspaper’s impartiality and credibility? Perhaps. Readers certainly should give the E-E every opportunity to prove that it can report the news fully, accurately, and fairly. But readers need to be alert. For example, does the word “crisis” belong in the lede of a supposedly straight news story? According to data compiled from the Oklahoma Cost Accounting System and provided by the state Department of Education, total education spending in Oklahoma, even when adjusted for inflation, is higher today ($6,695,978,193) than it was a decade ago ($6,115,624,776). Per-pupil spending is roughly flat (up slightly from $9,775 to $9,781). Does this constitute a “crisis”?

Many readers would answer with an emphatic yes and could make a compelling argument for why a crisis mentality is warranted. But others might say, “No, actually, it seems like $244,525 for a classroom of 25 kids should be plenty.” In short, a funding “crisis” is in the eye of the beholder. It’s not for reporters or editors to take sides.

In order to report education news “fully” and “fairly,” journalists must always remember that their job is to serve their readers—not to serve their sources or themselves. To that end, here are 10 story ideas I would respectfully urge the E-E to consider in the weeks and months ahead.

Whether or not E-E journalists pursue any of these story ideas specifically, here’s hoping they will strive to report the education news fully, accurately, and fairly.

There's no shortage of good story ideas. Additional ones will be added below as they present themselves.
Posted by Brandon Dutcher at 1:14 PM

CKinOK says, "In my opinion, the number of school districts in this state and the number of non-teaching staff increases (their salaries would have funded a $6,000.00 to all teachers in Oklahoma) have overburdened the DOE". There is no excuse for liberal bias when it comes to education K-12. University staff salaries are an embarrassment when they clamor for more, more, more, never satisfied with their taxpayer funding. An audit is certainly called for, but who is willing to demand it? When public schools are not getting the job done, who is held accountable?