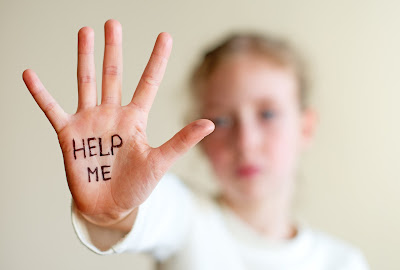 "Outlining his own case of cyberbullying, a high school student urged Edmond School Board members and administrators to do more to combat the problem," Steve Gust reports for The Oklahoman.

Drew O'Daniel, a sophomore at Edmond Memorial High School, was granted five minutes to speak to the five-member board during its regular meeting Monday night. ... O'Daniel's comments came a month after his mother, Cara O'Daniel, requested the school board do more about bullying prevention. She and another mom, Julie Daniel, told the board there still were too many incidents of bullying in the Edmond school district.

Edmond public information director Susan Parks-Schlepp said the district policy has strict guidelines against bullying and takes every reported case seriously. Yet, neither Drew nor Cara O'Daniel believed their concerns were taken seriously by the district. ... He explained his was not an isolated incident. He cited the case of a girl, who attended Edmond schools but is now home schooled because of being taunted. He made his comments at the beginning of Monday's meeting when 150 to 200 other students and school patrons were present because of pending recognition for National Merit Semi-Finalists and the Edmond North High School state championship cheer team.

After he spoke to the board, the room applauded. While being interviewed, two school patrons he didn't know offered him free counseling, as well as free martial arts training. "What I really want is for the school board and the administrators to do more about bullying," he said.

Both Edmond Superintendent Bret Towne and Memorial Principal Tony Rose said they could not comment on the case. Yet, Towne, after the meeting, admitted the overall issue was still under review. "We know we have a ways to go," he said.

Well, yes. And how soon might the problem be solved? What shall bullied students and their parents do in the meantime? One Edmond parent told a reporter seven years ago, "On one front your child’s spirit is broken, and there is no more frustrating feeling than watching your child be abused. The other front is the fact that the school administration just wants you and the problem to go away."

The problems persist, even in Edmond. The district has a very good reputation—indeed, the average student in Edmond is performing better in math than 65 percent of students in the nation and 54 percent of students in other developed economies—but that doesn't mean every school is a good fit for every child, especially children who are being bullied.

I'm sure most Edmond parents and students are satisfied with their school. Others simply would like to see the district do more to address bullying. But for bullied students who need help now, they deserve (even if they opt not to use it) a ticket out in the form of a voucher, a tax credit, or an education savings account.
Posted by Brandon Dutcher at 1:17 PM