Oklahoma teacher has sex with student during walkout

"A Clinton Public Schools teacher reportedly confessed to having sex with a student several times, including during the ongoing teacher walkout, according to the Oklahoma State Bureau of Investigation," The Oklahoman reports. The teacher had taken a group of students, including the 15-year-old rape victim, to the walkout at the state Capitol last week. 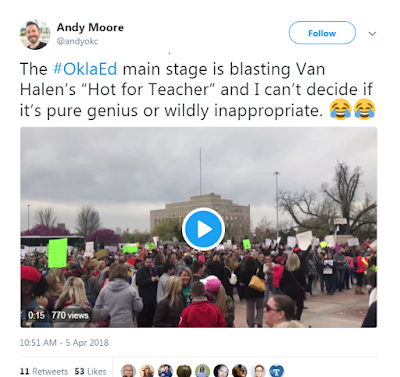 UPDATE: An Oologah-Talala High School teacher is also accused of having sex with a student at his house during the teacher walkout.
Posted by Brandon Dutcher at 3:06 PM