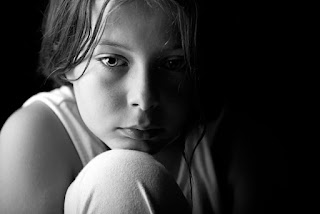 Over at the blog Fourth Generation Teacher, one former Oklahoma teacher tells why she hung it up. "I had to do it for my mental health and happiness," she says.

This young woman, who obviously has a heart for children, describes a dysfunctional school system in which the adults won't place some students in the proper educational setting and/or won't discipline them. "I had a fight every day between students," she says. One particular student, she says,


would hit the students, pull their hair, hit me, punch me, punch them, etc. ... I would get phone calls every day from parents about how much their kids were getting hurt by this little girl. Do I blame the little girl? Absolutely not. She is a child who is going through so much. Do I blame the school system for letting that happen? Yes. This same girl one day had a necklace around her neck in the gym in the morning she was “pretending” to choke herself. Knowing that she has tantrums, I was told by an administrator not to poke the bear and let her keep playing with it. Five minutes later I am taking my class back to my room, and I see her turning blue with that necklace wrapped around her neck and she can’t get it off. Thank God it had a snap and I pulled and ripped it off of her. She finally got placed ... in March. She was safer and she was happier. However, I saw our systems fail us when she was supposed to be there to begin with and no one thought it was crucial enough to keep not only her safe but my other students safe as well.

She tells of another violent student who "would kick, punch, choke, and hit students every day."


He would kick, push, and hit me most of the time too. He would throw chairs around the classroom. I would have to evacuate my classroom because of his violence at least twice a month. Daily, he would run out of the classroom around our three-story building. I would have to stop class to chase him and find him to keep him safe. Then I was told not to chase him, to let someone know. But even then, I’m worried for his safety. When I’d chase him, I wasn’t supposed to. When I wouldn’t chase him. I was supposed to. It was a damned if ya do and damned if ya don’t situation.

I had another student almost get kidnapped at my school. A coworker and I basically saved them, they were walking to a car with the wrong people. We got threatened by those people. Did anyone take it seriously? No. That same girl held scissors to her throat in the middle of class one day trying to cut herself. My class was in tears scared. That poor girl. She’s a first grader and feeling the need to do that.

Oklahoma teachers are the ones in the trenches every day; they're the ones with firsthand knowledge of school quality and safety. Is anyone surprised that, according to survey research that SoonerPoll conducted for the state's largest newspaper, nearly 4 in 10 Oklahoma teachers would choose a private school or homeschooling for their own children?
Posted by Brandon Dutcher at 8:25 PM