OKCPS, TPS leaders do not prioritize freedom or opportunity 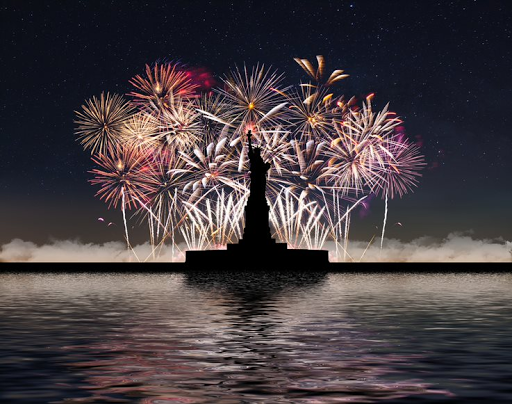 In 1964, Ronald Reagan famously warned, “Freedom is never more than one generation away from extinction. We didn’t pass it to our children in the bloodstream. It must be fought for, protected, and handed on for them to do the same, or one day we will spend our sunset years telling our children and our children’s children what it was once like in the United States where men were free.”

As we celebrate our nation’s founding on July 4, Oklahomans should keep Reagan’s warning in mind. As a state, we have much to be thankful for this year, especially compared to many of our counterparts elsewhere. But there’s no guarantee that will last. We must protect our freedom, not take it for granted.

Oklahoma’s unemployment rate of 4 percent ranks 12th lowest in the country. In other states, the rate still hovers around 8 percent. A major reason for that difference is that Oklahoma officials moved quickly to reopen the state as much as possible, as quickly as possible, following the COVID-19 shutdown in spring 2020, while states that continue to have high unemployment rates typically kept activity shut down much longer.

Some will argue that those other states did a better job handling COVID-19. Not so. A recent study by officials with the Rand Corporation and economists from the University of Southern California examined the effectiveness of pandemic lockdowns, using data from 43 countries and all 50 US states. Researchers did not find any evidence that shelter-in-place policies saved lives.

Locally, parents across most of the state were thrilled when schools reopened last fall for in-person instruction. But parents in several major districts were not so fortunate as their schools stalled reopening for most of the school year. The difference in the approaches taken by the leadership of those two contrasting school groups will be seen in potentially devastating learning loss among students in closed schools while children in the reopened group will have made up ground lost during last spring’s shutdown.

At both the state and local school levels, different outcomes are the indirect product of election results that place certain people in power. To think that the state of Oklahoma is automatically going to be more free than other states is a mistake. As the lack of in-person schooling in districts like Tulsa and Oklahoma City shows, some voters have promoted leaders who do not prioritize freedom or opportunity.

There are those who view Oklahoma’s success as failure, and they will be seeking office in the future. Whether they succeed is up to you.

This July 4, celebrate your freedom. But be sure you also secure your freedom at the next election—by voting for candidates who will protect and preserve it.

Posted by Brandon Dutcher at 10:04 AM