Oklahoma’s early-education enthusiasm is nothing new

Today marks the 240th anniversary of the birth of Robert Owen, the wealthy industrialist and philanthropist who was one of the founders of socialism. 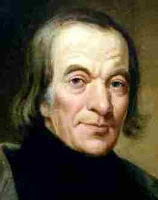 Owen was “an environmental determinist,” scholar Donald Pitzer explained the PBS documentary “Heaven on Earth: The Rise and Fall of Socialism.” One of socialism’s fundamental ideas is that it's possible to mold human character—but it’s essential to get the children while they’re young. Owen created the first preschool in the United Kingdom, and early-childhood education was a key part of his failed socialist experiment at New Harmony, Indiana. As Joshua Muravchik writes in the book on which the PBS documentary is based, “the most remarkable aspect of Owen’s system was the age at which the schooling began—at one year old or as soon as the children were able to walk.”

But of course there’s nothing new under the sun. As historian Allan Carlson reminds us (“French Preschool Wrong for Oklahoma”), “the utopian allure of group care for small children is a recurring theme in human history.”


Writing in the 4th century B.C., the Greek philosopher Plato laid out a vision of a society built on collective childrearing in his dialogue, Republic. "Friends share," the philosopher reasoned, which meant that "all the women are to be shared among all the men. And that the children are also to be shared with no parent knowing which child is his, or the child knowing his parents." These children would be placed in collective nurseries and schools, to be cared for and taught by persons "who live in a separate section of the community." The parents would be freed up to pursue other tasks; the children would gain their early education from specialists.

This enthusiasm for surrogate parenting turns up again and again throughout history, voiced by various progressives, feminists, socialists, and others who dismiss mothers as mere "amateurs"—thinking it to be a term of derision but perhaps unaware that the word traces to the Latin amāre (“to love”), and that amateurs are those whose actions are motivated by love rather than money. As a very wise man once said in another context, the hireling doesn't care for the sheep like the shepherd does.

Here in Oklahoma, our state constitution originally required compulsory school attendance for children "between the ages of eight and sixteen years, for at least three months in the year." The legislature later expanded the school year and lowered the age to seven, then to five. Today, an astonishing 71 percent of Oklahoma’s four-year-olds are in state prekindergarten and, incredibly, 2,325 three-year-olds were in pre-K classrooms last year. Moreover, in a development even The Onion would deem too outlandish to chronicle, the Jenks Public Schools are happy to enroll your six-week-old student (6:30 AM to 6:00 PM if you like) in an "education" program whose "curriculum" encourages "language enrichment" and "problem solving." (As an added bonus, Jenks is quick to boast that "baby's gums are gently wiped with a clean washcloth after feeding" and that the schoolteachers do take precautionary measures to prevent Sudden Infant Death Syndrome.) One is reminded of the fire captain’s remark in Ray Bradbury’s dystopian novel Fahrenheit 451: “We’ve lowered the kindergarten age year after year until now we’re almost snatching them from the cradle.”

Robert Owen has come and gone, but his pernicious ideas persist. As recently as yesterday, one writer at a socialist website laid out a vision for America: "A community of caring, kindness, equality, and solidarity will become the dominant reality of daily life. It will encourage new social arrangements to care for the very young (free, quality child care) and the very old."

Regrettably, many people in Oklahoma embrace that vision. Many are true believers, while others are simply hirelings with a vested economic interest in keeping Owen's early-education ideas alive.
Posted by Brandon Dutcher at 5:49 AM