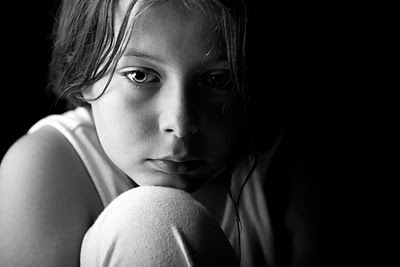 It’s no secret that bullying is a big problem in Oklahoma’s schools. Examples of emotional, mental, and physical abuse are too numerous to chronicle.

Parents in Broken Arrow, for example, say their son was beaten with nunchucks by another student, had his head forced into a toilet, and was even shoved by a substitute teacher. Unsurprisingly, the boy cried daily and said he wanted to kill himself.

One mother in Tulsa says she was compelled to leave her job as an engineer in order to tutor her son after school because the Tulsa public schools failed to protect him from harm. For three years she came to the school playground during recess to ensure his safety.

Last year in The Edmond Sun, Patty Miller reported that

After being told by school administrators “that is just the way middle school students act and hopefully within a few months these girls would target someone else,” the Duncans requested that more be done.

After interviewing the girls the administrator told the Duncans’ daughter that things were probably going to get worse and she would just have to live through it.

An hour after the interview Kathleen picked her daughter up for lunch. “She was standing at the curb, shaking all over,” Kathleen said. “She jumped in the car, curled up in a fetal position on the floor and started sobbing uncontrollably.”

The Duncans had her evaluated by a professional counselor who advised them she was too traumatized to return to this school environment. She would never feel safe there again.

“That is when we moved her to a private Catholic school,” Duncan said. “Luckily we found the money to pay for private school tuition, unlike many parents who do not have that option.” ...

“On one front your child’s spirit is broken,” Duncan said, “and there is no more frustrating feeling than watching your child be abused.”

“The other front is the fact that the school administration just wants you and the problem to go away.”

No child should “just have to live through it” (and indeed, the kids who commit suicide don’t). Victims of bullying deserve an escape hatch.

Fortunately, those victims who happen to be special-needs students can receive a Lindsey Nicole Henry Scholarship to go to a private school. But we need to give all bullying victims a way of escape. If indeed school administrators “just want you and the problem to go away,” then bullying victims should have that option.

In a new report published by the Independent Women’s Forum, Dr. Vicki Murray Alger says “students should not have to wait years at a time or become victims of violent crime before their parents are allowed to transfer them to safer schools.” She recommends that states adopt a Safety Opportunity Scholarship (SOS) program which would empower parents to transfer their children immediately to a safe school, whether that school is public or private.

With all these children sending out distress signals, it’s time for the legislature to toss them a life preserver.

[Cross posted at Inter Alia]
Posted by Brandon Dutcher at 6:18 AM