A missed opportunity on ESAs


A bill by Sen. Clark Jolley, R-Edmond, would have allowed parents to use some state education funding to send a child to private school, or for tutoring or other education services. The legislation passed two committees, but too many Republicans appeared uneasy about approving it on the Senate floor. Jolley chose to lay the bill over for a year to try to build support and better educate fellow lawmakers on the issue. The legislation could have benefited every child in Oklahoma, would have increased per-pupil funding in public schools, and provided parents multiple, market-based education options instead of a one-size-fits-all, big-government solution. In short, the bill should have been a slam-dunk based on the merits. The bill’s backers expected to have a tough time selling the idea, but the lack of support is disappointing nonetheless.


Disappointing, yes, but the quest for educational freedom is a marathon, not a sprint, and we're still in the early stages of the race. Private-school choice continues to grow year by year, and Adam Peshek reports that this year at least 22 state legislatures are pursuing or considering ESAs. 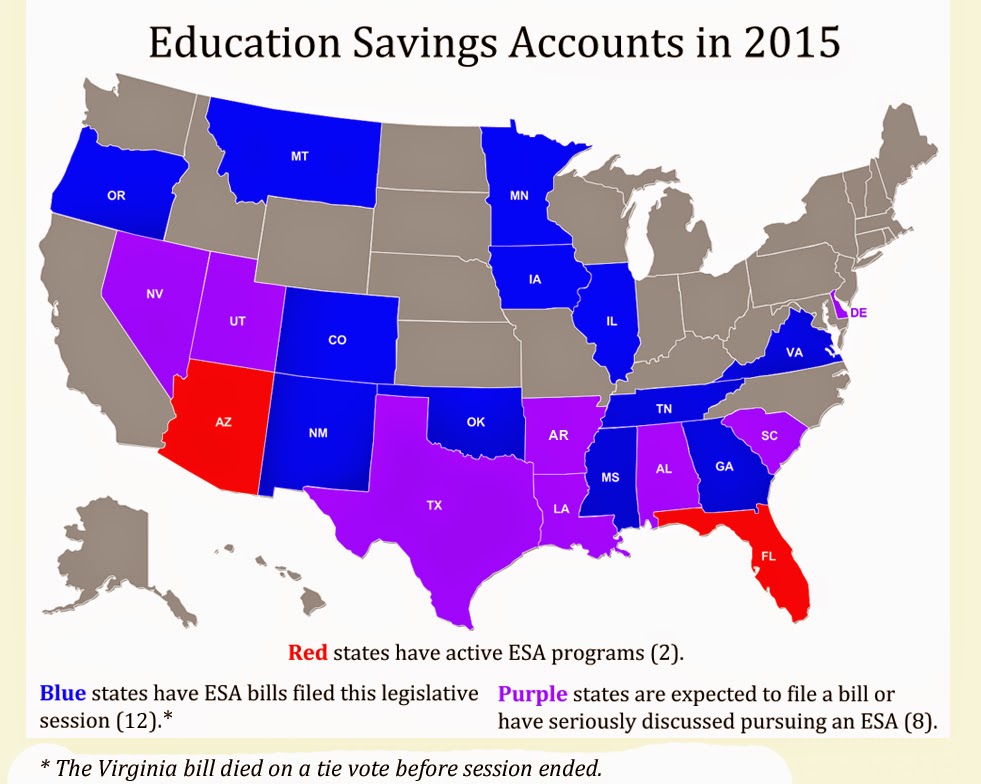 Posted by Brandon Dutcher at 3:15 PM