Let's use school choice to get tax cuts (and vice versa) 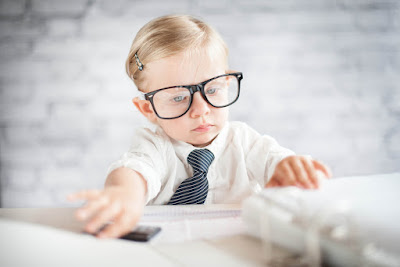 I’ve long argued that Oklahoma should phase out its personal income tax and replace it with nothing. Simply use some growth revenue each year to buy down the tax rate little by little over 15 years or so. And though I do believe we will see movement in that direction, progress to date has been slow.

In the meantime, I’ve decided to cut my own taxes.

“Any one may so arrange his affairs that his taxes shall be as low as possible,” Judge Learned Hand famously declared. “He is not bound to choose that pattern which will best pay the Treasury.”

An Oklahoma law enacted in 2011 allows businesses and individuals to donate to K-12 scholarship-granting organizations (full disclosure: I’m on the board of one such nonprofit, the Opportunity Scholarship Fund). Scholarship recipients get much-needed help paying private-school tuition costs, while donors get not merely federal and state tax deductions but also a 50 percent state tax credit.

So, for example, if an Oklahoma taxpayer in the 15 percent federal tax bracket donates $1,000 to a scholarship fund, his or her out-of-pocket cost could be less than $300.

That's good news—and it just got better. Gov. Mary Fallin signed legislation this week locking in that tax credit at 75 percent for donors who make a two-year commitment.

In other words, rather than sending your money to the gaping maw at 23rd and Lincoln, you can redirect some of it to rescue kids who are trapped in bad schools.

Remember, we’re talking about a state government that funds golf courses and rodeos.

A government that gives unemployment benefits to people who aren’t entitled to them.

A government that bribes mothers not to marry the fathers of their children.

A government that gives food stamps to people who promptly sell them on Craigslist and use the money to buy marijuana.

A government that annually takes thousands of normal children and makes lifelong illiterates out of them.

A government that pays six-figure salaries to more than 2,000 Oklahomans employed in the higher education system. (As another famed jurist said somewhere, taxes are the price we pay for ex-politicians to land cushy jobs in higher ed.)

It's all just adorable! No wonder people want their taxes to be as low as possible.

Now, of course, our fellow citizens who think their taxes are too low are free to inflate their tax liabilities (don’t claim dependents, don’t itemize, and so forth). If that’s not enough, Oklahoma law actually allows citizens to make voluntary gifts of cash to the state government. But for those Oklahomans who want to send the government less money rather than more money, they can use this school-choice law to cut their taxes.

At the very least, let's enact an income-tax deduction for individuals who pay private school tuition, as Scott Walker's Wisconsin has done.

More than 150,000 students nationwide are benefiting from educational tax credits. Oklahoma policymakers should do everything possible to boost that number. Rescuing a child from a bad school will completely alter the course of his or her life.
Posted by Brandon Dutcher at 11:26 AM