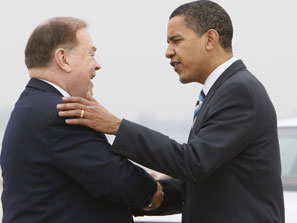 University of Oklahoma president David Boren—who in 2008 endorsed Barack Obama for president, assuring us that Obama was nonpartisan and was committed to ending the divisions in our country—has floated a plan to raise the state sales tax by 22 percent in order to increase government spending on common education and higher education.

Some of us have seen it all before (see chart below) and are in no mood to be fooled by Lucy holding the football again. A better idea is to increase competition in our educational system by creating Education Savings Accounts, as former Oklahoma secretary of commerce Larry Parman writes in an article opposing the Boren tax increase. "Let parents decide how well their child's school is doing and give them the ability to vote with their feet." 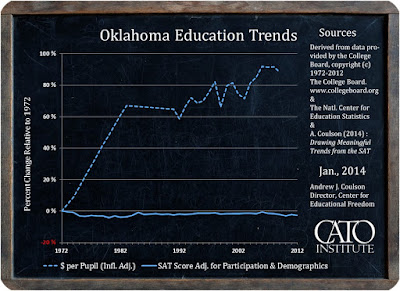 UPDATE: Below is more helpful information on the Boren tax increase, including observations on why it failed.
Posted by Brandon Dutcher at 12:33 PM