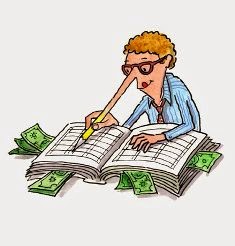 "Funded by George Soros and other left-wing heavy hitters, the Center on Budget and Policy Priorities is an organization with an agenda that includes carbon taxes, death taxes, Obamacare, food stamps, and increasing the minimum wage—the standard liberal fare," OCPA president Michael Carnuccio writes. "The CBPP also favors increased government spending on our monopoly school system, issuing a new report claiming Oklahoma leads the nation in cuts to education." The CBPP report has been cited extensively in Oklahoma.

"The problem is, the report is highly misleading," Carnuccio explains. Oklahoma Senate boss Brian Bingman was even more forthright. "This report stretches the truth beyond the breaking point," he writes. And OCPA research fellow Steve Anderson explains further why the report is extremely flawed.
Posted by Brandon Dutcher at 11:47 AM