Paul Abner is a minister of the Gospel—and more. For starters, he is the father of three delightful children. Jack, Julianna, and Cloe accompanied their father to a recent speaking engagement where he discussed educational options in the Sooner State, including his hopes for expansion of school choices to more parents and children.

He said in an interview that presently, after some 36 years in ordained ministry and more than two decades traveling through Oklahoma, he is focused on “bringing faith-based men and women into the public square to support school choice.”

A veteran organizer of worthy causes, Rev. Abner was drawn toward school choice activism by longtime civic activist Todd Pauley and began to work recently with Faith Leaders for Parental Empowerment in Education. After the practical work of developing logos and such things, he began to labor in the vineyards—reaching out to other ministers. It was in the course of that new work he “encountered many ministers who are also school teachers.”

While many exhibited a natural sympathy for educational choice, some of them have also challenged him—perhaps inevitably in a state like ours—among other things, sharing a fear that private school programs would beat local public school football teams.

At the other end of responses he has encountered, Abner shared nuggets from his conversations with people like Deborah—an inner-city Assembly of God preacher who says direct empowerment of parents and children to seek faith-based schooling options would be “the greatest thing that could happen for our kids.” She wants to break the generational curse of bad outcomes for minority students in urban schools.

Then, there’s his affiliation with Tony Miller of The Gate Church, a suburban congregation with 2,500 members who, Abner detailed, desires “to help the poor. To lift up people stuck in an educational rut.”

Abner continues with such outreach, dialogue, and direct action. Already he and colleagues leading the Faith Leaders group have brought hundreds of ministers into the cause. It is a natural extension, he believes part of a spiritual journey that flows from his original work as a youth minister.

Long ago, Abner bridged into professional affiliation with a national group, the Men and Women of Issachar. The Scriptural reference is to I Chronicles 12:32—to leaders who “understood the times, and understood what Israel should do.”

In the midst of his best years in such ventures, he got a call from a friend one day, inviting him to volunteer for the campaign of a political novice, a Southern Baptist youth minister working at the Falls Creek summer camp program. That was in 2009, and he agreed to help the long-shot campaign of a fellow named James Lankford.

In 2010, Lankford won a crowded Republican primary for the U.S. House seat that had been occupied by Mary Fallin, before her run for governor. The effort of which Abner was part was “the biggest outreach into faith community in Oklahoma political history.” After two good terms in the lower chamber of Congress, Lankford ran for the U.S. Senate. For that successful campaign Abner was one of his paid staff. Then, he was part of a conference for ministers held on a parallel track at the time of the Southern Republican Leadership Conference (SRLC) in Oklahoma City last year. Along the way, earlier this year, he found time to assist with the Franklin Graham prayer rally at the Oklahoma State Capitol, which drew some 6,000 people to join impassioned prayers for revival and moral renewal across America.


Abner’s involvement in electoral politics was not a path he might have predicted for himself four decades ago, but as it unfolded, “I recognized the voice of God leading me to get more people of faith involved in the process of public policy.”

To be clear about Abner’s broad range of interests, he presently is supportive of the local public school bond issue for the Piedmont district. He has been encouraging support for the proposition in the faith community, and has discussed the issue with other leaders.

That thumbnail narrative brings us back to Abner’s current work with the faith leaders group, which includes Rev. Craig Eidson, who serves as pastor at a metro-area church. Eidson’s wife is a public school principal. In the course of their marriage, their children have been educated at home, in a private school, and in the public schools. At every stage, they have wanted, he said, “to do what’s best for the kids.”

Eidson reflects, “You hear that a lot—do what’s best for the kids. The question is if that’s what people are really for. Some people ask, ‘How can you say that and not be for creating smaller classes?’” Like most people who are knowledgeable about education, Eidson believes smaller class sizes and better teacher pay are worthy objectives. But, he has concluded since joining the faith leaders group, some people in education “just don’t want vouchers.” He has a different view: “Vouchers cannot hurt, and they are almost certain to help.”

As he looks across America these days, Eidson says, he realizes that “we need God’s help. Allow parents to have total control of their children’s education. When we say we’re for what is best for the kids, do we really mean it? Or is it all about the agenda for public schools?"

The two faith-community leaders spoke at a special July 29 meeting of the Oklahoma School Choice Coalition, held at the Advance Center for Free Enterprise on the OCPA campus. Bill Price, a former U.S. attorney who now serves on the Oklahoma State Board of Education, honored Abner for his years of work as a leading state advocate for premarital abstinence, and his new role as an organizer of Faith Leaders for Parental Empowerment in Education. Price, an OCPA trustee who also serves as chairman of the Oklahoma School Choice Coalition, has advocated for public school excellence and increased educational options for several decades.

OCPA president Jonathan Small was unable to attend the meeting, but in a prepared statement he stressed the need not only for educational choice but also for a teacher pay hike. “Our preK-12 education system currently has plenty of money—$8.7 billion in total revenues last year, the most in state history,” he said. “But in a bloated system that employs more non-teachers than teachers, that money’s simply not going to the right place: take-home pay for the many excellent teachers who have earned a raise.” 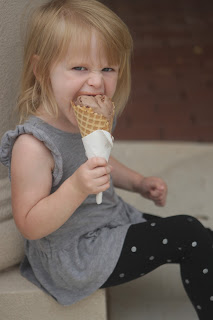 The July 29 meeting coincided with the July 31 birthday of the late Milton Friedman, a school-choice pioneer and one of the most honored economists of the 20th century. The session was more abbreviated than customary for the monthly meetings, as the event included a couple dozen children who are participating school choice programs in Oklahoma. And those youngsters were waiting to visit the ice cream truck parked outside the entrance of the Advance Center for Free Enterprise. When he kicked off the session, Price quipped that he had directed the speakers to keep their remarks focused because “I don’t want to be the guy standing between children and ice cream.”