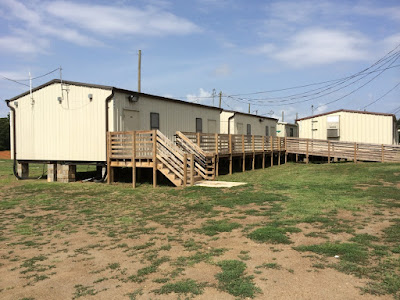 In recent comments on this year's state budget agreement, Shawn Hime, executive director of the Oklahoma State School Boards Association, makes an important observation. As Nate Robson of Oklahoma Watch reported, "Hime said flat funding means less money will make it into the K-12 classroom because districts' fixed operational costs are going up. If the state sees another large bump in new students, that means there will be less money per student" [emphasis added].

That's something to keep in mind when school-choice foes tell you that thousands of kids will leave the public school system if education savings accounts are enacted.

Former state Rep. Wallace Collins, the outgoing chairman of the Oklahoma Democratic Party, also seems to acknowledge as much, saying that "a flat appropriation is, in reality, a cut given the regular inflation of other expenses, increases in requirements, and the more than 40,000 student increase in enrollment."

Sean Murphy of the Associated Press reports that "many education supporters say a standstill budget amounts to a cut because of rising fixed costs and an increased number of students."

The Tulsa World reports that "the lack of additional dollars for common education translates into a budget cut because of an increase in students and overall costs, [House Minority Leader Scott] Inman said."

Oklahoma City Public Schools, "which is operating about 60 percent of capacity, is facing $11 million in cuts to state aid over the next two years based on projected enrollment declines," The Oklahoman reports.
Posted by Brandon Dutcher at 3:30 PM