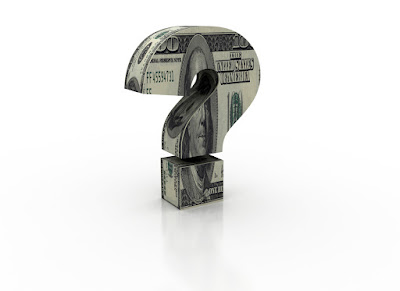 Earlier this year, Tyler Bridges, the assistant superintendent of the Clinton Public Schools, posed some thoughtful questions regarding parental choice in education ("My Top 10 Unanswered #schoolchoice Questions"). I don't know if any other school-choice supporters took a stab at answering Bridges' questions, but former OCPA research assistant Patrick Gibbons did so here.

As it happens, over time I have come up with some questions of my own. Here are five questions that I'm hoping some school-choice opponents can answer.

(1) It is often said that Oklahoma's public education system is equipped with built-in accountability. Now if that simply means the system has rules and regulations, then I understand the point and cheerfully grant it. But for many of us, the concept of accountability means more than that. If the food is terrible, for example, the waiter brings us another meal or we don't have to pay. If it happens time and time again, the cook gets fired. In short, someone is accountable. Thus, when a longtime Oklahoma educator with a doctorate in education reminds us that "more than 20 percent of our state's population, or nearly 400,000 people, can't read," many of us wonder: Did some teachers or administrators get fired? Did schools close? Did taxpayers get their money back?

And so my first question is: What exactly is meant by the claim that public schools are accountable?

(2) Some supporters of the current public education system are opposed to school choice for financial reasons. As Keith Ballard recently put it, "the first 500 kids alone that go to a private school" are going to take $1 million out of the Tulsa Public Schools. This is harmful, the thinking goes, because schools have fixed costs. As one OEA official explained, "Whether a class has 10 children, 15 children, or 30, you still have to build classrooms, pay the electric bill, buy the school bus, and hire cafeteria staff."

My second question is this: Given this prevalence of fixed costs, as public education enrollment increases (whether by 15 students or 500 students or 5,000 students), why should policymakers provide additional funding for that enrollment growth?

(3) Whether intentionally or not, the people running the public schools sometimes give off the vibe that lots of people would exit their schools if given a choice. For example, Keith Ballard, mentioning "the first 500 kids alone" who leave, said ESAs would have "a disastrous effect on public schools." (The first 500? What, there will be more?) For his part, Joe Siano predicted that ESAs "will harm our public schools beyond the point of no return." This lack of confidence in one's own product is more than a little unsettling to parents and taxpayers.

So my third question is one that Isabel Paterson asked more than 70 years ago: "Do you think nobody would willingly entrust his children to you to pay you for teaching them?"

(4) I've seen various references to "corporate reformers" or "corporate raiders" or "corporate interests" that are hungry for profit. Now, I assume we're not talking about these companies which profit from public education. I at one time assumed that the corporate interests being referred to were in the charter-school sector. But then I read a comment by activist Angela Clark Little, who said of voucher programs: "What they are about is making money…lots of it. Big money, lack of transparency and accountability, and legislators collaborating with big business." (This I do not understand, since there are roughly 50 nonprofit schools participating in Oklahoma’s voucher program, none of which are big businesses making big money.)

So my fourth question is: What are the names of these corporations?

(5) Some have argued that lawmakers should not consider parental-choice measures until public education is "adequately funded." I infer from this argument that Oklahoma's $8,804 per student is inadequate. But it's hard to know exactly what is adequate. School-choice opponents in the District of Columbia, for example, make the case that nearly $30,000 per student is inadequate. One Oklahoma superintendent believes "there has never been enough revenue for public education, and there never will be," which could lead some to conclude that $300,000 per student would be inadequate.

So my fifth question is: At what level of per-pupil funding will Oklahoma's education system be adequately funded?
Posted by Brandon Dutcher at 4:52 PM