Private schools for me, but not for thee 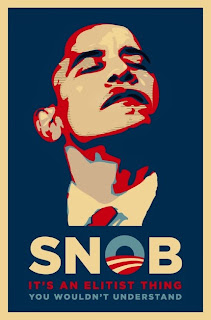 "In what would traditionally be considered a gaffe," Scott Whitlock writes, "Barack Obama on Tuesday attacked those who send their children to private schools and play at 'private clubs.' (The President does both.) On Wednesday, ABC, CBS, and NBC avoided Obama's questionable comments, despite eight hours of available air time."

UPDATE: Matt Ladner reminds the president that he's not entitled to his own facts, and Neal McCluskey urges the president not to scapegoat private schools.
Posted by Brandon Dutcher at 4:24 PM