A few weeks ago I tweeted, "The SQ 744 folks are burning bridges left and right. Their out-of-state rent-a-hacks don't care, but OEA should. They sure as heck better win."

Well, they didn't win. The rent-a-hacks are off to the next gig, and OEA is left to survey the wreckage. 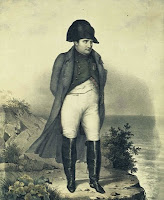 "I'd like to think SQ 744 is the OEA's equivalent of Napoleon's attempt to conquer Russia," one of my more astute friends observed. Let's hope so.

After all, I would remind state legislators that, first, the OEA sued you. Then, continuing their how-to-make-friends-and-influence-people blitzkrieg, they spent millions of dollars telling your constituents how greedy and deceptive you are. They reminded your constituents over and over that "some really greedy people" -- the "highest-paid in the region," no less -- are desperately trying to "protect their perks and privileges." But not to worry, they told your constituents, even though the "politicians are trying to deceive you," they were there to "take on the Oklahoma legislature.

Well, deceptive and greedy legislators, they took you on. Now what?

At a minimum, state legislators should politely inform the OEA that the days of blank checks without reform are over. Even liberals now acknowledge the need for reform:

So consider whatever reform our friends on the left might suggest, all the while moving forward with robust reform: expanding school choice, for example, and getting rid of tenure and de novo review. On the school-choice front, leadership will come from OEA targets like Jabar Shumate and Jason Nelson, as well as Dan Newberry.

[Cross-posted at OCPA]
Posted by Brandon Dutcher at 4:07 PM