It's time for transparency in education spending

Last year at a House interim study analyzing the potential effects of State Question 744, OEA official Joel Robison testified that Oklahoma’s per-pupil cost is $7,615. (I later testified that, if one uses principles laid down by the Governmental Accounting Standards Board, the real cost is more than $10,000.)

Now, in using the $7,615 figure Mr. Robison was not being dishonest. He was simply using, as he indicated, the official data from the NCES, the National Center for Education Statistics. The problem is that the "official" data badly understate the true cost of education in Oklahoma, as OCPA never tires of repeating. 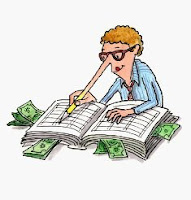 How so? Well, it’s really quite simple. When computing expenditures, the government’s school accounting systems simply exclude many significant costs. To give just two examples, they exclude education spending that comes via “dedicated, directed revenues” (which are funneled directly to education without going through the appropriations process), and they exclude retirement benefits as a cost in the year incurred.

Thought experiment: Let us say OEA's top officials decided to get together and open a restaurant. Obviously, as a small business they would have to keep the books and include all their costs. They couldn’t simply leave stuff out.

Or, say they were to get together and open their own private school. Again, they would have to prepare a financial statement and include all their costs. They couldn’t simply leave stuff out.

There’s no reason public education should be any different.

During the interim study, a couple of legislators pressed the matter. One state representative asked Mr. Robison, wouldn’t Oklahoma’s per-pupil cost be higher if we included things like pension costs? Mr. Robison's answer was: All 50 states use the NCES data. Oklahoma uses the NCES data. That way everything is apples to apples. If all 50 states were to include pension costs and other costs that aren’t currently being counted, Mr. Robison said, "I would suspect we would still be last in the region."

Now, I don’t know if we would still be last in the region, but for now what’s important to note is what Mr. Robison did not say. He did not say: “Well, no, you can’t include pension costs and other costs because those aren’t really costs.” He didn’t say that; that would have been silly.

He did not say: “You can’t include other costs because the Governmental Accounting Standards Board doesn’t really know anything about governmental accounting.” He didn’t say that; that would have been silly.

No, he simply said: If all the states included those costs, I suspect Oklahoma would still be last in the region.

It's time for transparency. Here is a step-by-step guide for policymakers.
Posted by Brandon Dutcher at 12:32 PM